It is Released! Public Beta for download.
Beta Ver 2.1 At AMI https://www.amitrains.co.uk/trains.php.
please report and any bugs or issues.
It is in the pack called updates, North American 2.1
please post your screen shots of your games.

The pack as it is so far and what is in it.


OLD:
Dont expect a fast turn around on this pack..

I have a lot of other packs that take priororities over this pack...

I am taking over this pack from AI for a few reasons, Mostly.. he is busy, I know the American counterparts of the equipment, I have permissions for most of the equipment, and i have most of it done already (some of this stuff is over a year old so it will still have sandbox bugs).

This Pack MAY merge with the Amtrak Pack and become the Amtrak/Via Pack just to cut down on the number of packs I have floating about . (good or bad idea?)

BUT... Yes BUT.. It is canadain.. I dont cross over the border often. so I need help. So I don't waste hours searching rail photos and books, you guys are doing my research for me if You want this pack... i need to know what they run and what dates...

Ok Guys, I have some questions that i need a few answers for....

Engines. what i have done.


Via coaches: .. what are they / did they run? I know they inherited the old CP / CN equpment like amtrak did.

I have streamlined coaches (old pullman.budd style CP cars) in silver and the new blue. (done). (via start tilll they crash and burn? what year did they change to blue?)
tilting LRC cars, coach and first class/lounges. (done) (1981 - forever?)
Do they have Bombardier coaches?

what eles did they have?


Turbos:
CN and VIA: Done
I know they only flew the via rail colors for a very short time. I dont think I'll release those with a 2 year lifespan, I'll probably just release it full life cycle in bolth liveries.

BUDD RDC's
Done.. some already released?
VIA & CN. were there CP?
type 1,2 and 3?
(dates yeah in know i have this in my budd book but anyone want to resresh my memory?)


I'll try and update this as the info comes in....


~runs off to watch terrance and phillip for research~

LRC's if this becomes an Amtrak / Via combo pack. 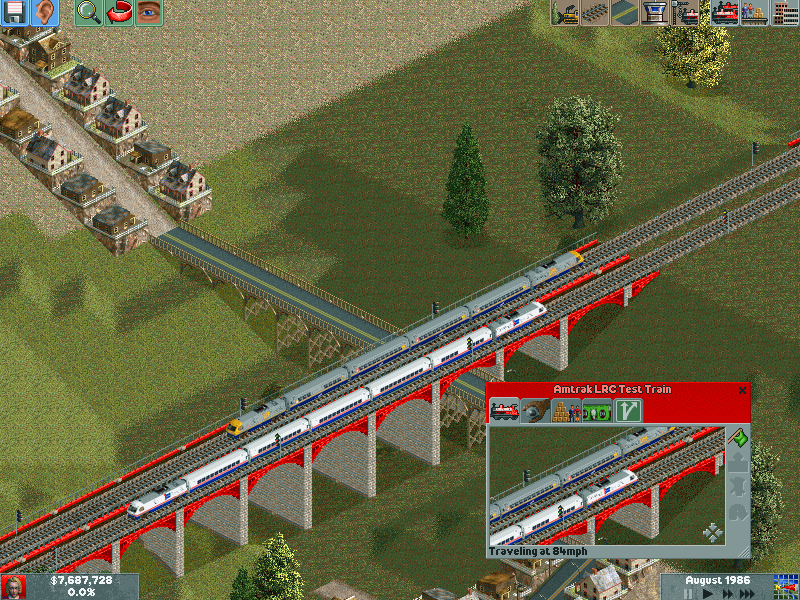 This is my signature.
Top

Now *that* looks crisp...
Andel
Quis custodiet ipsos custodes?
DISCLAIMER: The views expressed in this post are not necessarily those of Andel, who will do and say almost anything to get the attention he craves.
[/size]
Top

I think more US passenger stuff would be great for Loco... maybe more attention is needed on the Pre Amtrak Passenger pack.. but rename the pack to "N. America Passenger Pack" and include all passenger service packs.
Top

I am a furry, dont like it? Kiss my soft furry tail!
Oh! And dont be a hater because of it...
SLIPKNOT POWER! MAGGOT FOR LIFE!

Last edited by ssbn742 on Thursday January 18, 2576 12:26 am from the orbiting Abaddon Class Battleship "Wait And Bleed"; edited 3 times in total
Top

alphanumeric wrote:I think more US passenger stuff would be great for Loco... maybe more attention is needed on the Pre Amtrak Passenger pack.. but rename the pack to "N. America Passenger Pack" and include all passenger service packs.

You dont want to know how big the Pre amtrak beta is right now. If you install US/ Can 2.0 and passenger 1.2 it is larger then the BR set. I do like the "N America pack" because US and Canada stuff is always on the wrong side of the border. I plan on adding some Mexican stuff also.

I am trying to cut back on the number of packs. after base packs and updates. I dont want to install 20 packs for the first time. I am trying to find a simpler way to install packs. all new packs have dependancies set up. you cant install them out of order. I am also looking at a possible web updater, You click a button and it just upgrades to the latest build even if it is just one or two trains. sort of like a daily snapshot. I need to talk to Andel about this.

Steam pack is gone... they are now stable and mixed into other packs where they belong.

I still need direction here. if no one says what this pack needs.. then i guess it complete

I alread can see i need coached and engines from the start of VIA to the LRC.

Plastikman wrote:What else besides F units and thunderboxes do we need?

Have a look here.

It seems to have all except locomotives the P42DCs. A full VIA "Canadian" would be nice also.

Not sure it can help, but here are some pics of Canadian train. Maybe you already know about those links, but just in case.

There is not a lot of info about de train, still searching about some. It's just a help for the graphics.

I was looking more for dates. I have an idea of what they had, Mostly the same as amtrak for engines (no electrics), and for coaches, i have no clue other then the old streamliners the inherited from CP and CN (the Canadian, etc.) that were painted in via at first the repainted again recently.
North American sets and then some...
US SET Ver 3.1.0 updated ~ Amtrak Pack 3.1.0 ~ US Passenger/Metro Set 3.1.0 updated~ Auto Factory 2.6 ~ VIA Rail Pack ~ LTD ED1 Conrail Alcos ~ LTD ED2 NJ Transit ~ DBR E60 ~ TGV Duplex ~ Umbrella Corp. ~ Comboios de Portugal~ Dekosoft UP/BN/BNSF Sets ~ ICE // MegaPack = 1.0.3.

Ok, so this is moving along a little faster then I expected.

We have a little more stuff here now. F units, F40PH's. some coaches,

When did VIA retire the F units?
I assume they are are still running F40PH's?
The rennissance cars should be done soon.


Some how I expected this set to be larger. What am I missing?


If people want, i might consider doing a few of the F40's with advertising like kool-aid. They honestly might not look very good in lomo. I hate how VIA paints the F40' all the way to the upper edge of the roof so it looks like a mowhawk in lomo... 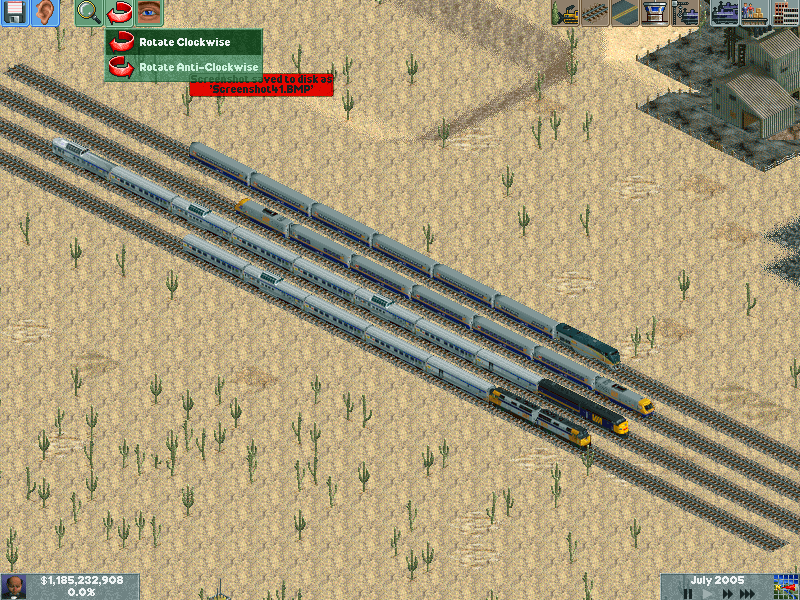 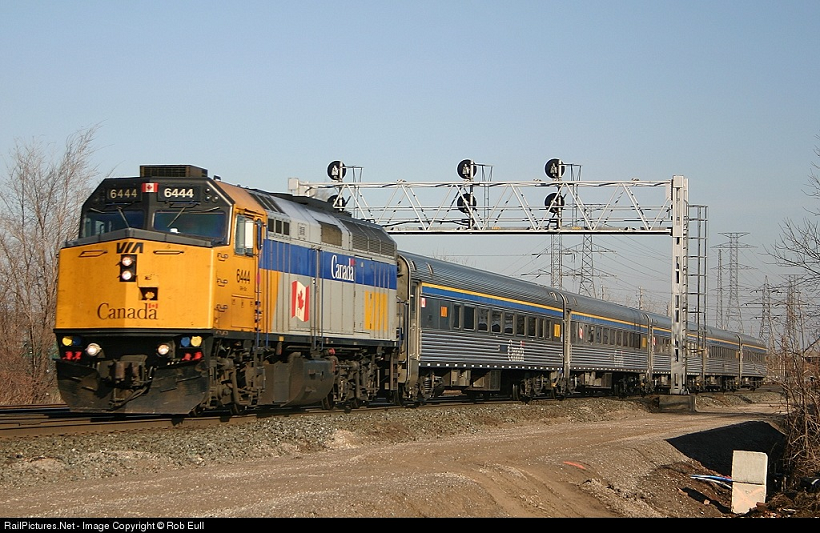 I'm trying rigth now to have info directly from via because I live in Canada. But I don't figure it will arrived very fast because of the nationals and federals holidays.
Top

VIA retired the F-units sometime after 1987, probably in the early 1990's when a large round of route cuts were made. Gone too is the turbo fleet, and the "blue" fleet (with the exception of around 4 cars still in service in northern Ontario) which was mostly ex-CN equipment. The F40PH-2 units are still almost all in service (originally 59, now 54). VIA also still runs RDC units on Vancouver Island on the E&N. As I understand it, the LRC rolling stock is still being used, by the originaly LRC locomotives are not. The trains are now pulled by F40PH-2's and P42-DC's.

About 1/3 of VIA's stainless steel Budd fleet is actually ex-Amtrak equipment while the rest is still originally from days of Canadian Pacific and a large number remains in service. (Although these ex-Amtrak cars are mostly to replace wrecked ex-CPR cars)

I don't believe VIA uses any Bombardier equipment (since the LRC), although according to the source I'm using (see below), Bombardier is contracted to build the Ren. fleet dining cars within sleeper car interiors. VIA also doesn't run a whole lot outside the Windsor-Quebec corridor. I live in Calgary AB, and when you consider that it's the fourth largest city in Canada and HQ to CPR (my employer), it's strange not to have ANY passenger rail service.

There are also 6 1950-52 Amtrak budd cars built in 1950-52 leased by VIA in 2000, presumably painted in VIA colours
Unfourtuantly, I can't say much as to exactly when these cars or engines were retired as the sources I used don't have this information.

I'm not a VIA nut, I'm just an RTC on a day off with a Trains magazine and too much time on my hands.

By the way, it's a very nice looking set, been waiting for some VIA stuff for Locomotion.
Top

Thanks for the info, I was more intrested in what years VIA started to run the equipment, I assume it started with everythingthat was already in existance, then add new stuff on build dates. (LRC, F40, P40/42)

I actually started the E unit then scrapped it... i was not sure what versions they had, then saw they only had 2 total....


Here is what i have Finnished Then for motive power:

Turbos
LRC Power car
P42, (I should probbably make a P40/AMD103, if it had the same paint, It might be pointless.)
F40PH-2 (someone said they had some winebego rebuilds, i dont see any on the rosters)
FPH7a @ FPH7b

I have the Budd VIA RDC's almost done
I have the Ren coaches and baggage cars mostly done.

I have 2 F40's in advertising paintjobs that i'll most likely scrap.

I really expected this set to be bigger... oh well.. i need to fine tune a few things. I would love to find a horn sound for the RDC and Turbo.

Any information on the P40's/AMD103's do they still run? are they the same paint as the P42? I did not see them in your list.

VIA AMD103's and Blue fleet

While not 100% certain, I don't believe VIA ever owned any AMD103 units, although it's possible they may have leased a few from Amtrak a couple of years ago, as far as I know, the P42's are the only units they have purchased in numbers since the F40PH-2's.

See http://www.railpictures.net/viewphoto.p ... 833&nseq=4 for a pic of a few standard blue coaches.

As far as years that VIA began running certain equipment

All carbody locos (F-units) were inherited I believe between 1976-78 when VIA was formed (first as a passenger subsidiary of government owned CN, CP passenger operations were absorbed shortly after), also the entire blue fleet and I believe most of the stainless steel fleet (including Budd RDCs) was also inherited at this time (I don't know about the ex-Amtrak equipment).

Everything else was put into operation shortly after being built, so all equipment built after 1978 would have gone into operation around the same time of building. All the F40PH-2's were bought new, as was the LRC and TURBO fleet (VIA actually didn't own the TURBO's, I believe United Aircraft owned them and provided VIA with 3 demo trainsets to test), as well as the newer late 1990, early 2000 Ren. fleets.

By the way, if you want to bolster this pack, you may consider doing CPR and CNR paint schemes as well to include in the pack.
Top
Post Reply
89 posts