(Solution for) Problems with the NL Region pack from Oppie

(Solution for) Problems with the NL Region pack from Oppie

I found out that there are some troubles with the Dutch Station platforms made by Oppie. I already tried to contact him about it, but I'm affraid he left the forums again, so until he shows up this solution might help you use the stations.

First off...His station pack can be found here: http://www.tt-forums.net/viewtopic.php?f=40&t=62227 and I want to thank Oppie for creating this great station pack. Most Dutch game-players will be very satisfied with this pack.

The problem is that you can't create different station parts in a normal way. It's very difficult to make a station with parts on the places that you want, because when you place the a few different parts, they will all be the same or shown in different ways...But hey, sometimes a picture can tell more than a thousend words. If you follow the steps shown in the pictures below, you will be able to create nice stations with this great pack that Oppie made for us: Picture 1:
As you can see in the first picture I would like to use different parts of the pack all in one station, I have left a few open spaces to show the different parts.

Picture 2:
However, when I fill up those open spaces with parts the station changes into a station that I don't want.

Picture 4:
However, if I try to build a second lane next to it (wich the bridge removed on the first lane) and I build a new station-part, the entire station changes again.

Picture 5:
So whenever you build a lane next to it, keep the bridge over the first lane and build a second bridge over the second lane as well. Then you can again play around with the different station-parts and build your own type of station.

Picture 6:
Now remember that you must keep the bridges over the stations until you are absolutly sure that your newly designed station is ready and that you don't want to change anything anymore.

When you are done remove the bridges and higher grounds and you can use the station for your trains. 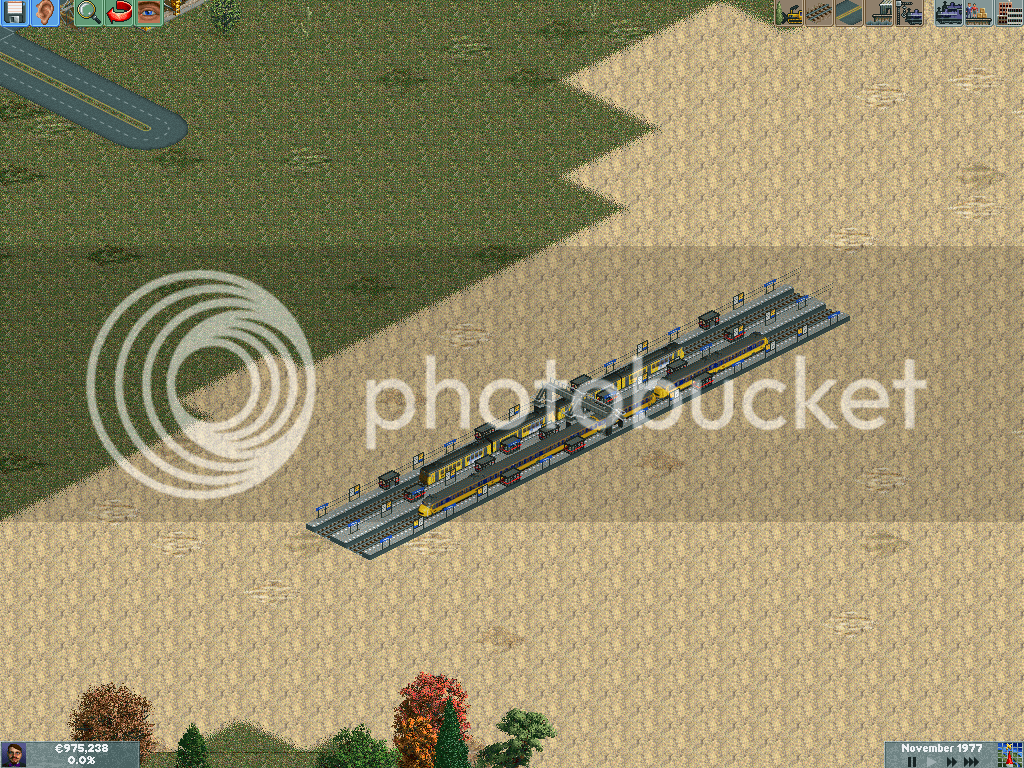 The station without the bridges, and now with overhead wires and two trains.

B.t.w. remind this again...Keep the bridges in place until you are ready with the entire station. Any part of the station that has the same name, will change the station back to the situation showed in the second and fourth picture.

This will work as well if you don't use the bridge shown in the pictures. It will also work with the station concourse build over it. Although it's a little more difficult to see, it can work in the end. Just practice and play around with this solution, and you can create the most beautifull Dutch stations and you can create them in a way as you see fit. Here's one last example-screenshot with a concourse, dummy platforms, extra side buildings and (harbour)building from the Digidampfman pack. 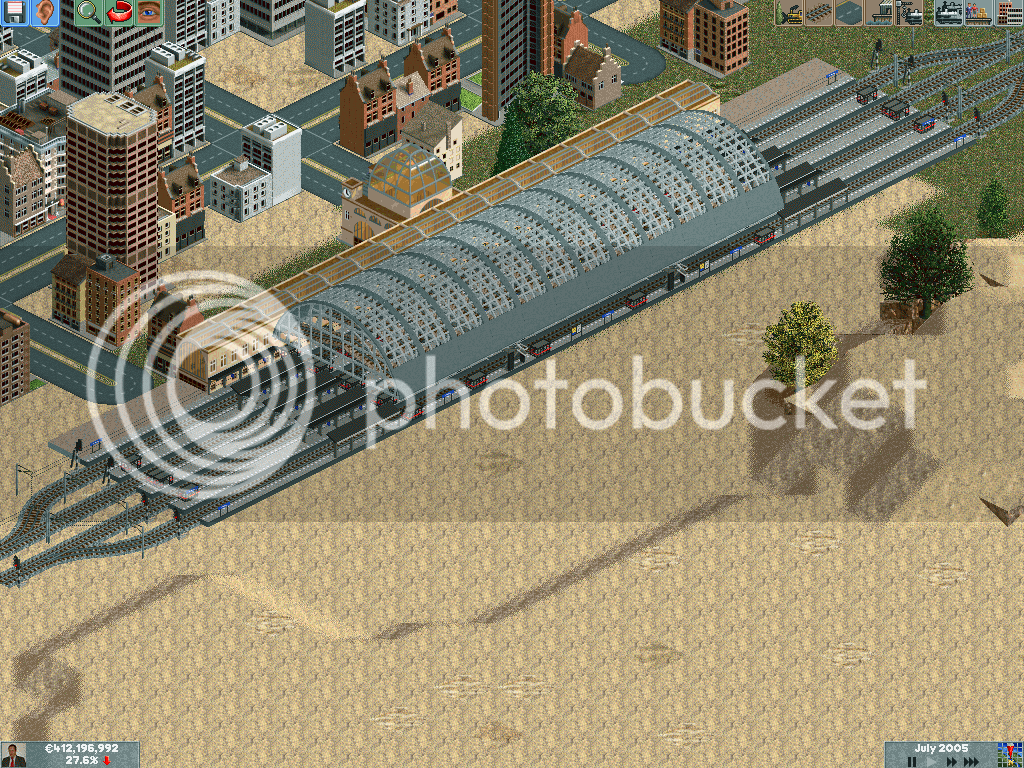 The first six parts, and the last six parts are build in the same way as shown in the 6 picture tutorial. The parts under the concourse are placed with one concourse part every time that I build an extra trackpiece to make the station longer (of course I can make my stations longer with the Long Station Patch, I realy can't play a game without it

). This takes some practice, but if you wan't to build nice and realistic (Dutch) stations it will work via this way !

Enjoy, and have fun in creating your own stations !

Re: (Solution for) Problems with the NL Region pack from Opp

How did you get this idea for buildings stations this way EDS ?

I did it give a go and this is the results. And i want to tell you that i installed the LSP and it works flawless

Re: (Solution for) Problems with the NL Region pack from Opp

Well, for starters it's nice that you for one of most members did managed to make the LSP work...Not many people can say that. Your stations look very nice, but why do you use two different stations ? The platform in between the stairs and small station cabins is the roofless station, and not the one from the NL-Pack.

Nevertheless it's done nicely, and you are one of the first who doesn't start asking endless questions about how and what needs to be done...I got this idea by just trying and trying until it frustrated me. I first started to check in the codes from the station-parts, but nothing unusual could be found there. Althought the strang thing is that when I build the station with the original Chris Sawyer station-parts you can build any part without the other parts of the station are changing. So when I (accidently) started building the concourse over it and wanted to change something in the station, I found out that when you build a bridge over it you could place any part that you wanted without the station changing all the time...

By the way, this also works when you build the station underground (and in that case you don't need to build a bridge over it)...In both cases (underground or with a bridge) the station is covered and won't change. So via that way I found out how this trick works.