Time.h in windows doesn't do milliseconds. Can someone convert it? Or tell me how to use TIC() TOC()?
I'm on the Zoloft to keep me from killing yall

TIC/TOC is not usefull for this purpose, unless you want to show the number of frames per cpu tick.
Top

I'm gonna split up my acceleration patch, cuz it has some good parts and some controversial parts.

This patch improves the curve, depot, and station speed limit code. The behavior is identical except for one difference: Trains are no longer slowed by successive S bends.

The current code is obfuscated, I really want to fix it. =) 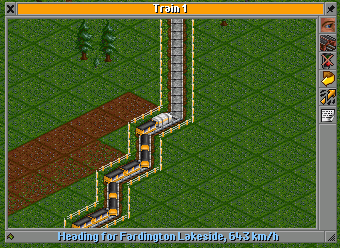 I'm on the Zoloft to keep me from killing yall