Some suggestions about industries and cargo

Some suggestions about industries and cargo

When using some industries GRF sets and/or huge maps it is quite hard to identify which industries to connect.

So here are a few suggestions to help the user to identify which routes can be designed : What about those suggestions?
Top

Re: Some suggestions about industries and cargo

3. Sometimes it could be useful, but often it would be very annoying.

4. I was thinking about something similar.

This graphic is almost two years old. Somehow, I never had time to describe it. In the meantime, a filtering function by cargo has been added. I had a slightly different idea, but the effect is similar. The list doesn't show which company serves the enterprise. It would be troublesome to simply show a few or even a dozen or so companies that could support the enterprise. You have the rest of the description in the picture. What is not on it and what can be planned, a text filter, similar to this on the city list window. 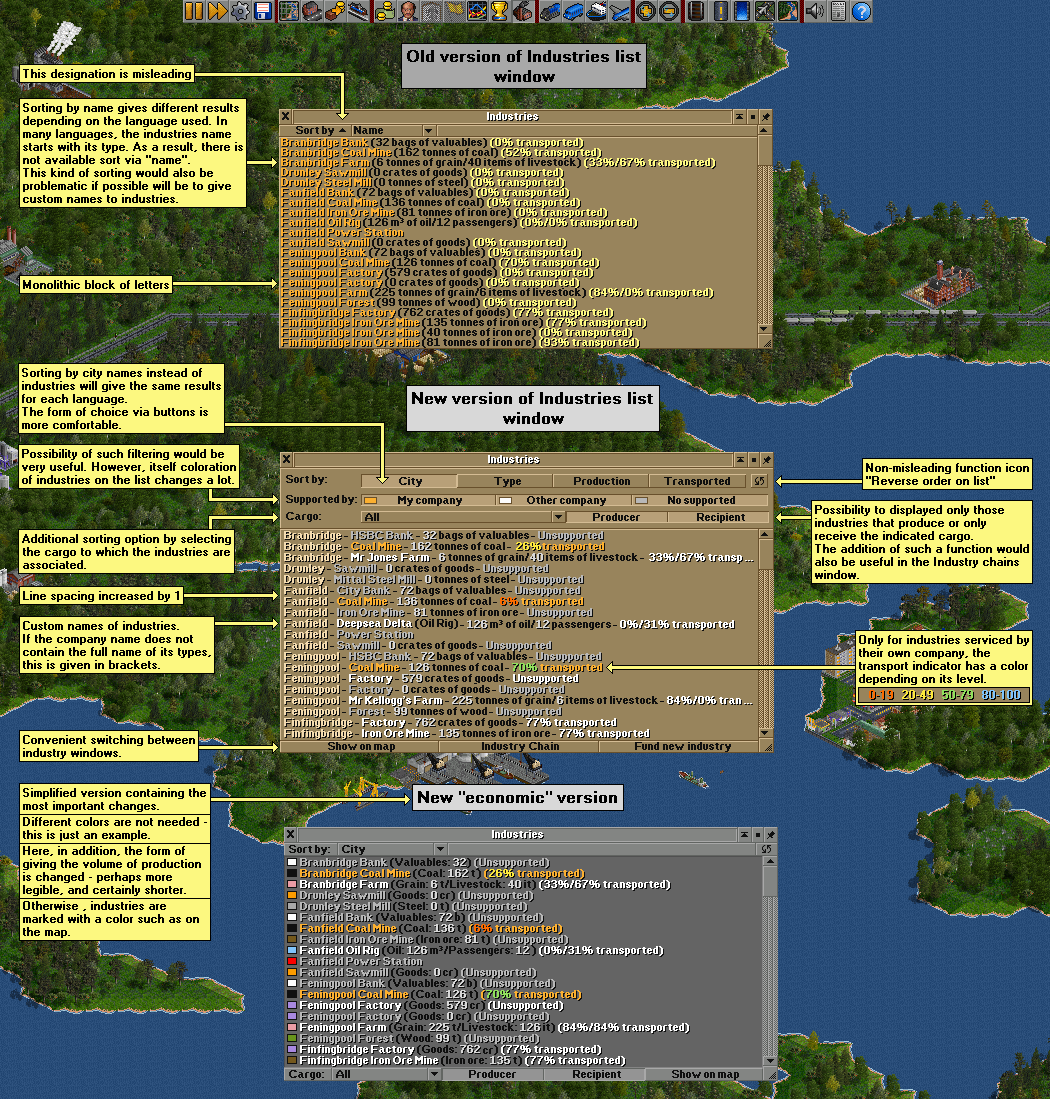 New window of Industries List v1.png
(828.78 KiB) Not downloaded yet