Intrigued by kamnet's words from another topic about the fact that currently there is no way that bus stops can use multiple graphics ...

... I was supposed to write that it is not necessary at all, because in most cases they will not be much different. Then something touched me to look at various stop projects and I was reminded of an article on some portal about stops built in the far east during the Soviet Union times. And ... I have to admit that with these stops it could be quite an interesting set.

The topic is so rich that even an album of 192 pages with these stops by Christopher Herwig was created.

I have included some of them in the collage below. 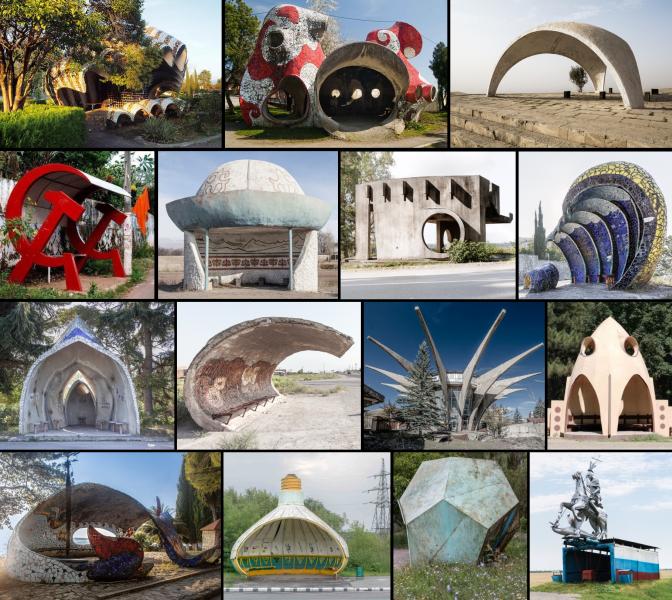 Some of the stops because of their size could rather be created only as objects, but adding others stops as graphics themselves would be the best solution. Of course, if the option of choosing graphics will be added.
I am sorry for may English. I know is bed.
Top

Interesting idea, I hope you get far with it.
I've always thought it a bit odd that they all look alike, after all, at least where I am, the stops change city to city, some favour sheltered stops, and some you're left out in the rain sort of thing.
Soviet era sutff has always been interesting to me, so i'm definitely looking forward to it!