My game has now moved into the 1980s where Diesels reign

Where did you get those mines and mine trains? I completely forgot where they were.
Top

hayeswood wrote:nice work be good to see some bus station and some uk buses

I know i forgot to download the buses would have been a nice touch, i will defo have them for my next game


IrmoTrainfan wrote:Where did you get those mines and mine trains? I completely forgot where they were.

You can get the mine carts, trucks and the better looking coalmine from this link; http://www.tt-forums.net/viewtopic.php? ... t=cartload you can also get the tram line steam trains and trucks for all industries from the loco fan page
Last edited by useagull on 10 Feb 2013 09:02, edited 1 time in total.
Top

SwissFan91 wrote:These are actually really good! Makes a change from the constant US stuff that people usually make on LoMo.

As my game moves into the 1990s increased traffic has forced me to re-do some of my layouts, like a big overhaul of the track at Charton

I like the EWS 08 hiding in the corner of the Applewell shot.
|||| My OTTD/TTDP pics ||||Currently slighty obsessed with getting Platinum Trophies||||Retired moderator||||
Top

Complete New station at Pendleborough changed it to a terminus to help with increased traffic.jpg
(648.63 KiB) Downloaded 1 time

Where the East end of Pendleborough Central would have been.jpg
(633.42 KiB) Downloaded 1 time

Here are some screens from my curret game, Passenger and mail only is the game, the object is to produce a profitable Passenger and Mail network.

The first station built was the Overwell and Blackhall station, this serves the two towns/cities and has three lines terminating here. 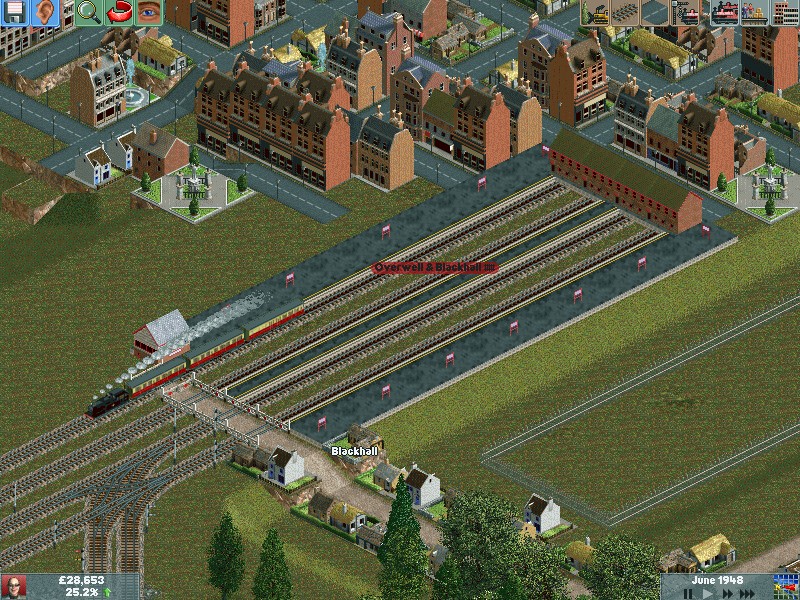 Fillingstoke & Bankston City were next on the first line, the line was mainly single track with passing places built, however as profits and traffic increased the line was doubled. 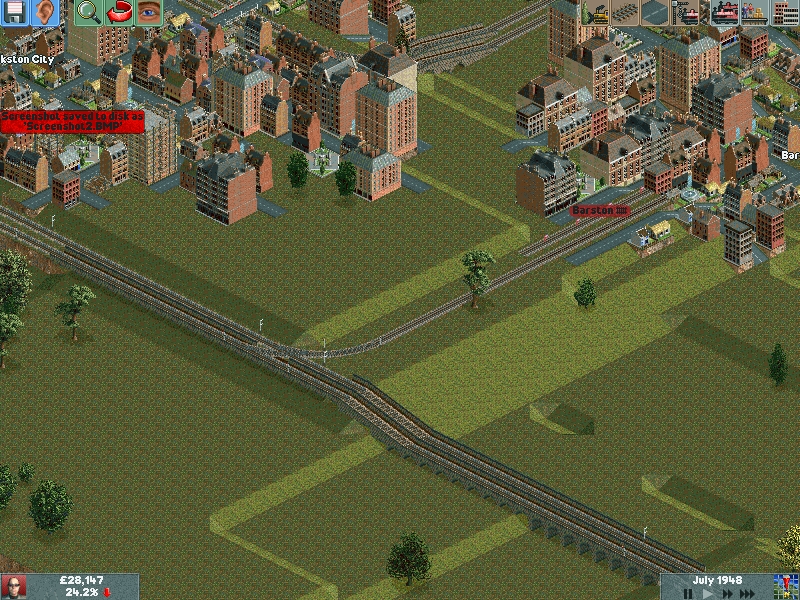 Longwood Terminus, this is the end of the line. A service from Longwood goes to a small village of Birdwood a short trip down the line. 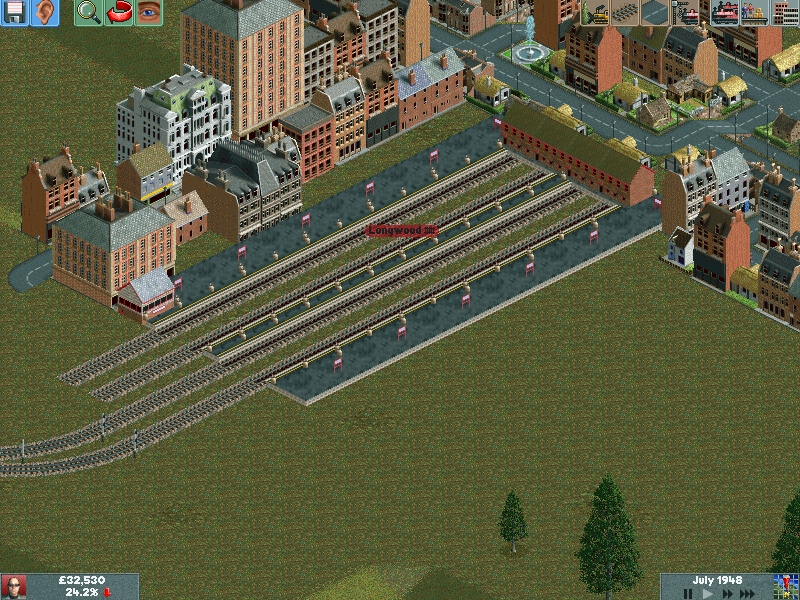 Fillingstoke & Bankston City stations are the next calls after Overwell & Blackhall Terminus. The Fillingstoke station was build on the bridge as the line was built at this point. 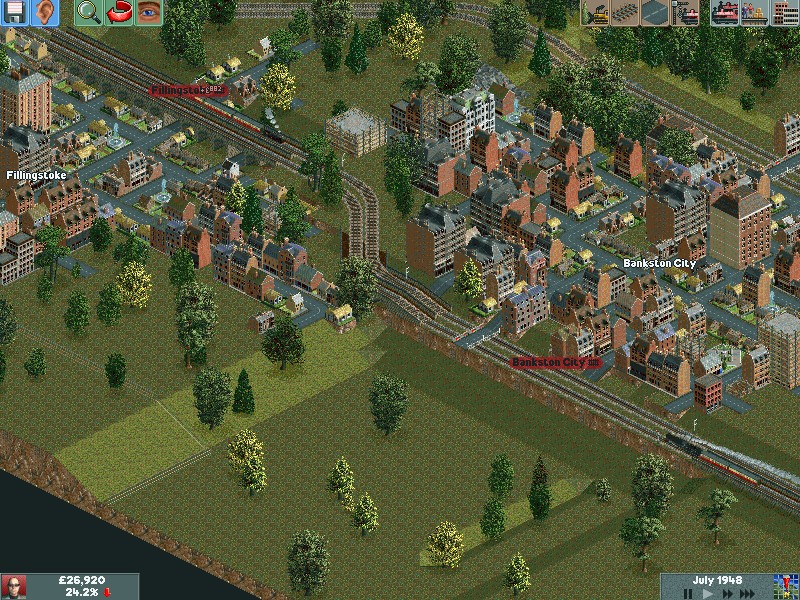 Here is the small saddle tank approaching the Birdwood station, the juntion was remodeled with connection to the Overwell & Blackhall station. 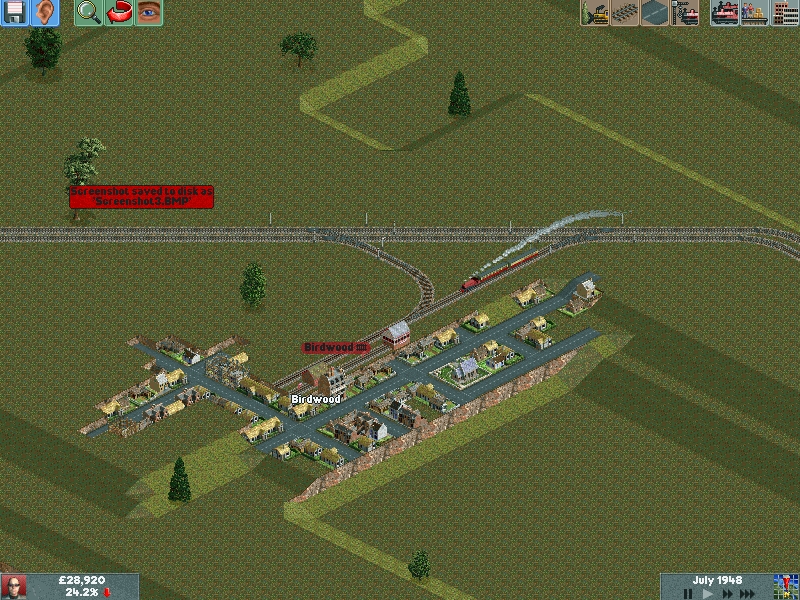 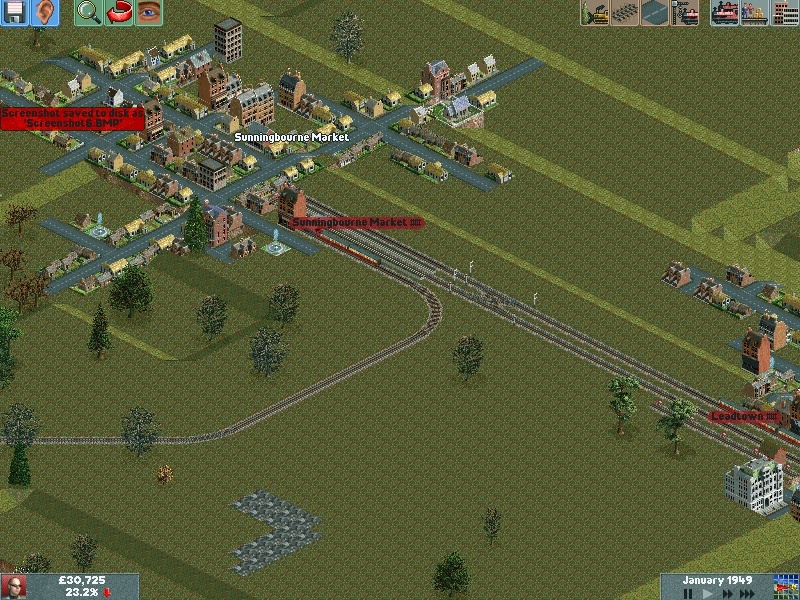 The new line was built to connect to Great Queenstown from the Overwell & Blackhall Terminus, this passed Barston to the south/west. A new station was built where the line drops down. When the line became busy with express trains bypass bridges were built to pass this station, however they were still brick bridges to speed was still restricted. 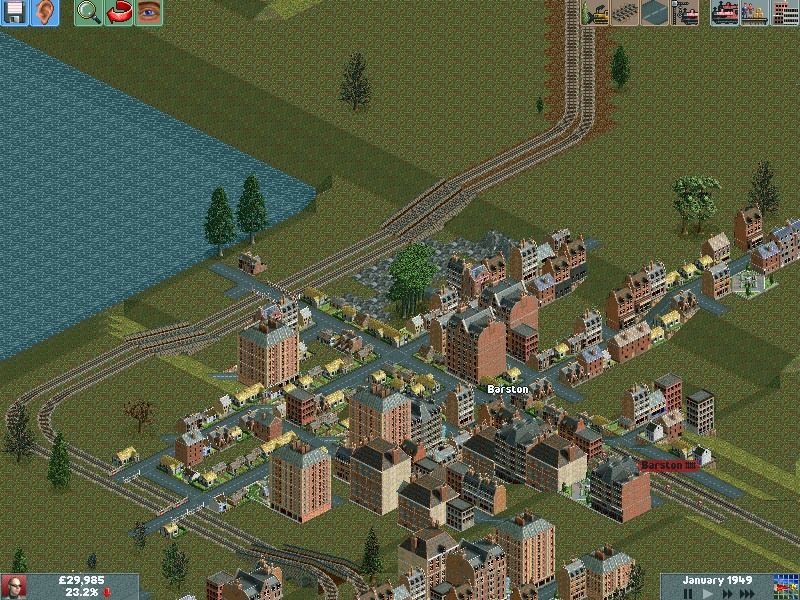 The Longwood Junction was built to allow faster travel(with the bypass bridges) between Longwood and Overwell & Blackhall. This allowed express trains to run direct with no delays. 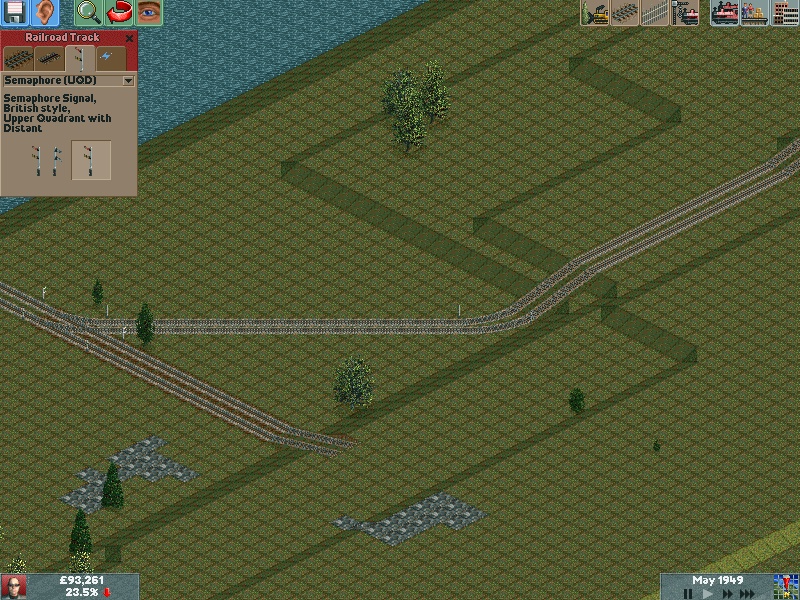 Further Expansion of the rail network started with works to the west of Longwood, but due to instructions to build through stations in the 4 line configuration caused issues especially when building the tunnels started to eat up much of the profit built over the years, work slowed and sometimes even halted due to this. 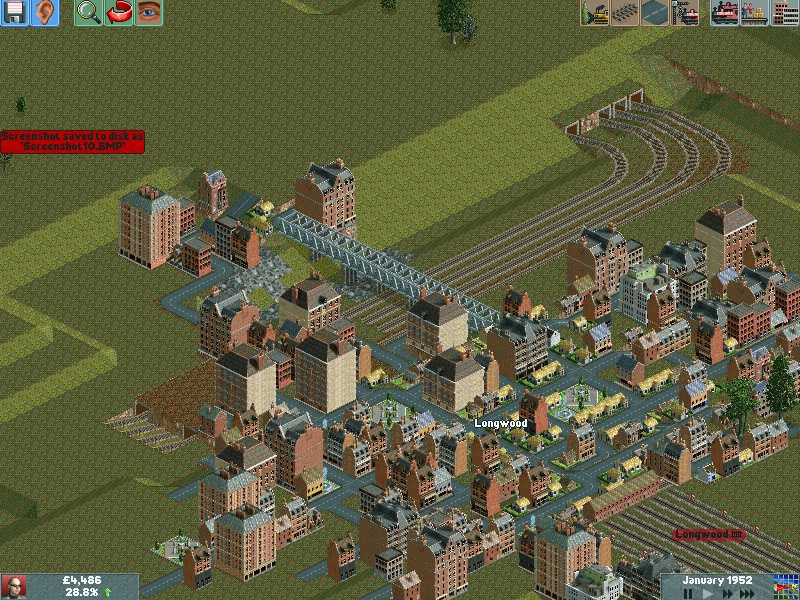 Again due to the top wishing all new through stations to be built to allow express trains to pass through towns, they started to refuse the company from building through their towns, however after negotiations and a small wood planting the towns soon started to see the benifits of rail travel!

Commonworth station area was built at a different level to the road, therefore the over pass brick bridge was built, this was later upgraded to earth enbankment and steel bridge allowing faster train times. 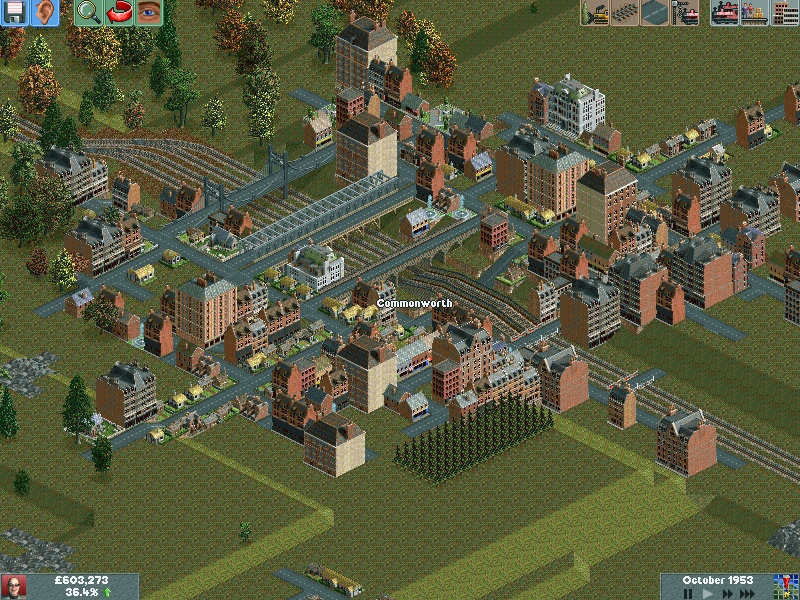 Trickleville station caused issues as the company was forced to build a bridge over the road to drop down to ground level to connect onto the towns of Corwstoke and Charstoke to the south. 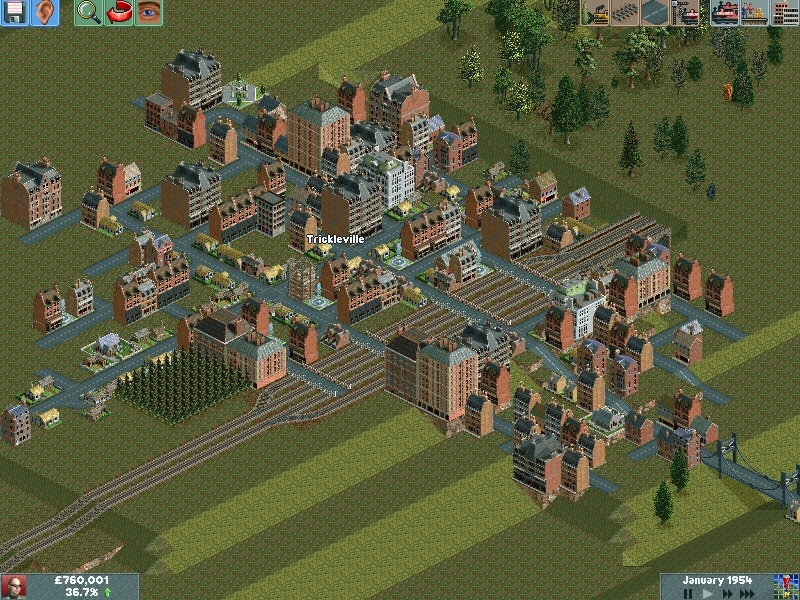 Crowstoke town station, this connects direct to Charstoke, where lines connect and depart from. The duel tracks to the East and West both come from Charstoke, the Eastern line goes to Trickleville. The Western line is a proposed line to the far West of the Map curving round to Longwood. 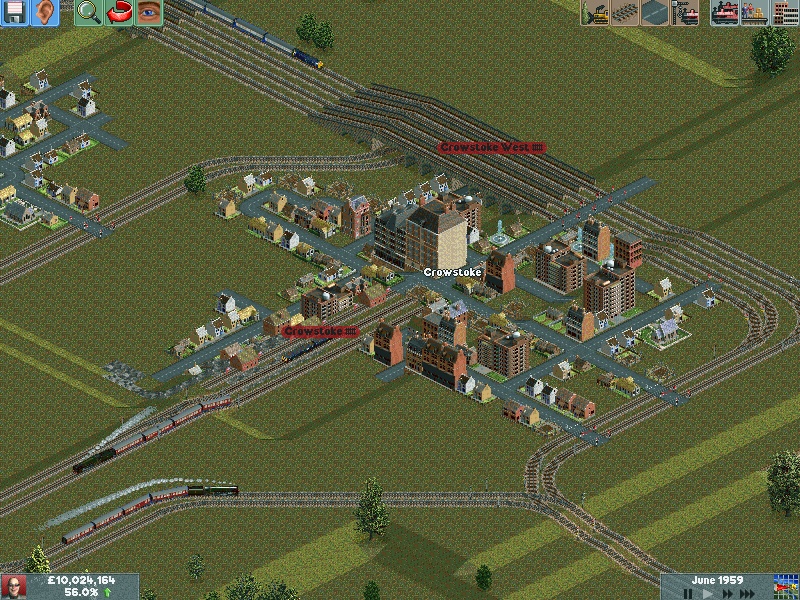 Charstoke station, initially built as a 4 platform station but soon expaned to six when the line to the North East connected up with Flurryston. 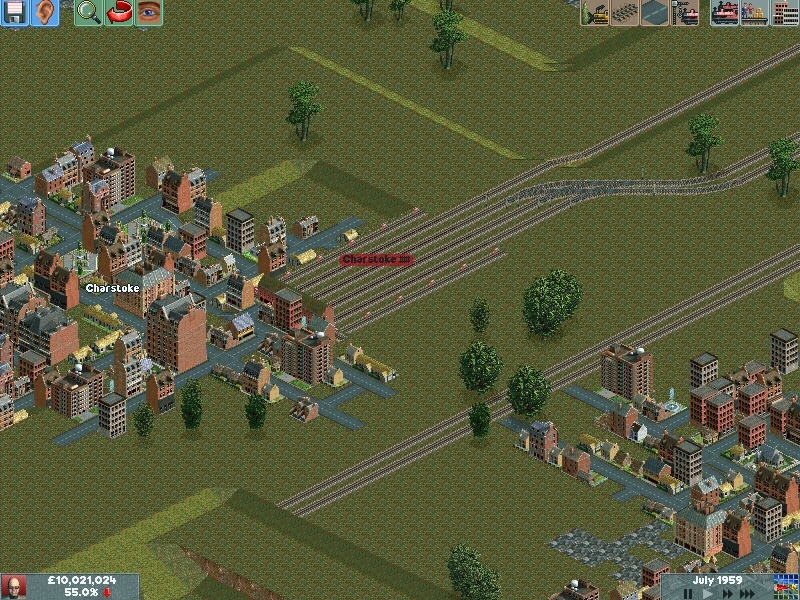 Charstoke after the building of the Flurryston connection line. The express trains bypass the local trains calling at the station but the junction to the east, taking the line to the south where the lines rejoin heading onto Flurryston. The straight line to the East still ends up at Flurryston but goes via the small town of Great Longston. 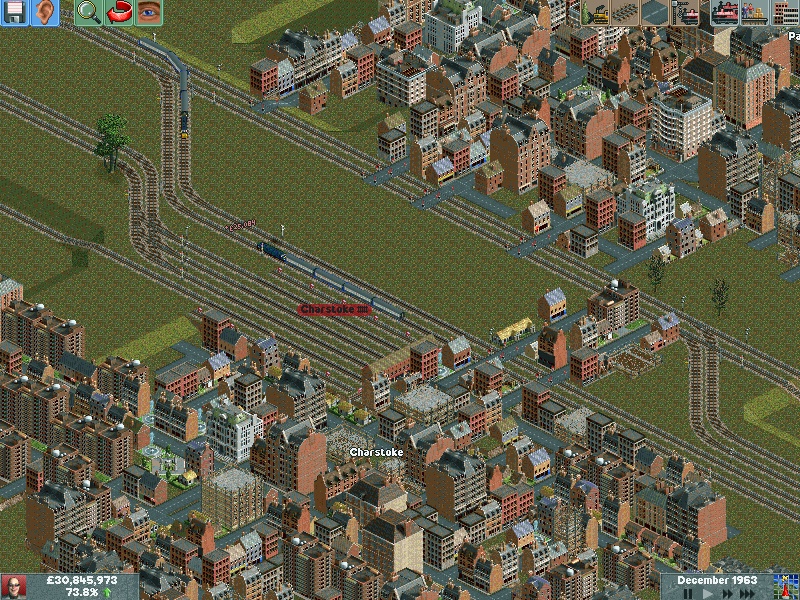 As you can see the reign of Diesels are now approaching, however these were the first lines to use Diesels as all of the other lines still used steam up untill the late 1960's.
Top

Ivyley Market Branch line is only to Charstoke, where this small DMU is calling at. 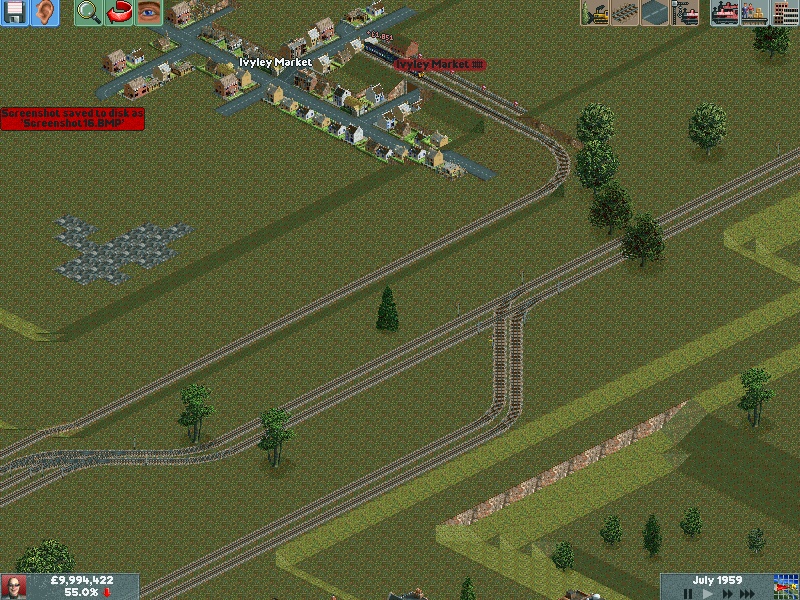 Flurryston connections, with Great longston station built on the bridge. As the land increases height there was a few curves built to take the line up and around to the new Terminus 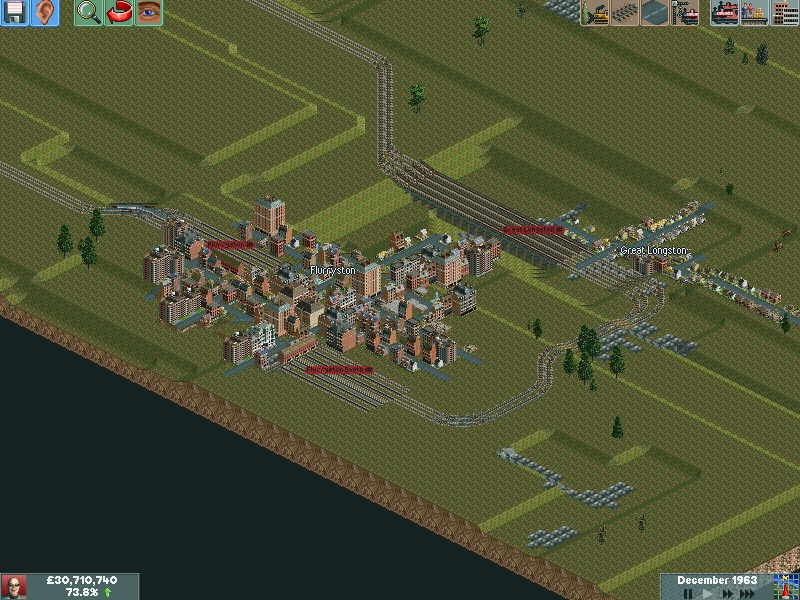 Some of the latest shots from my game.....

Ivyhead Junction where the line from Bootway Cross meets the Charton Line with a lot of Freight traffic this is a very busy junction.jpg
(643.89 KiB) Downloaded 1 time

useagull wrote:Some nice shots there Sykesy could do with zooming in on some of the shots for a clearer view

I agree with that, the station platforms also seem to disappear when zoomed out.
Top
Post Reply
136 posts