That and some Terraria and other CS games.
Nations Game Season 4 | Locomotion Screenshots | Twitch | YouTube | Noteflight

If anyone was wondering, a bunch of stuff got erroneously deleted. Everything is back up properly so all of my random endeavors are visible again.

I do plan to post more screenshots once I get back into the game, but I finally broke down and bought a Switch and Mario Kart has hooks in me. Additionally, I finally tried OpenRCT2 and I'm having loads of fun with just the default RCT1 scenarios.

As mentioned before, I have a tentative plan to start streaming. Streams will include all above games plus Terraria, but in order to not turn this into a twitter feed (5 posts/week which each only say "Streaming for a bit, come hang out") and also stay on topic, I'm going to just leave a link in my signature and in the first post once the stream is up.
Nations Game Season 4 | Locomotion Screenshots | Twitch | YouTube | Noteflight

Just because I'm busy doesn't mean I can't whip up something nice.

Bit of a repost, but I'm absolutely in love with my own track work in the big junction. It's not even that complex, it just looks very pleasing.

-Should I switch back to 800x600 for screenshots so they can be shown automatically, or is this okay?
-What scenario should I do next?
Nations Game Season 4 | Locomotion Screenshots | Twitch | YouTube | Noteflight

Remember the original plan to play Oil Oasis with the Megapack? That's finally here. Finally. I do have to redo a portion of the game though, as the program crashes if you change resolutions sometimes. Either way, I've got the first 3.

3 and 4 are from the passenger line, the former being the most unnecessarily massive station I've ever built. It's gonna look ridiculous until the city grows. 6 is from the ugly original oil line I had to build so I would complete the objective and also not go bankrupt. 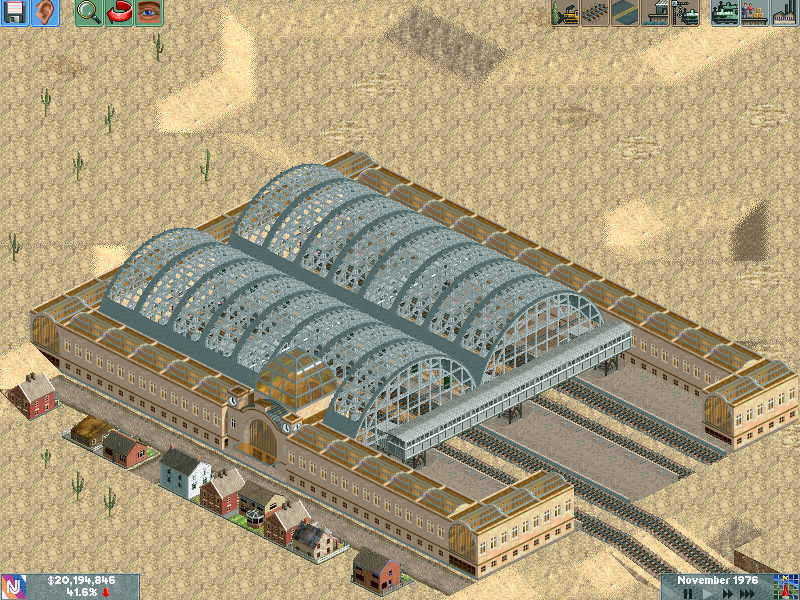 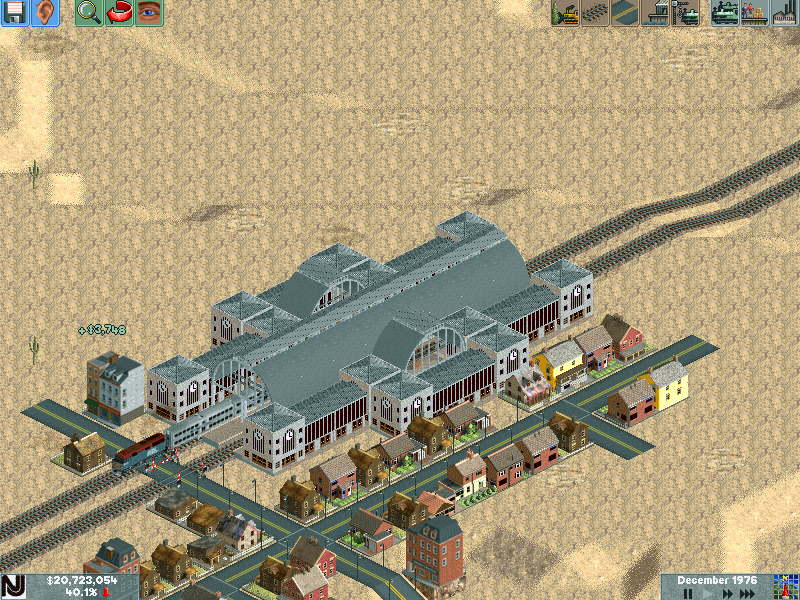 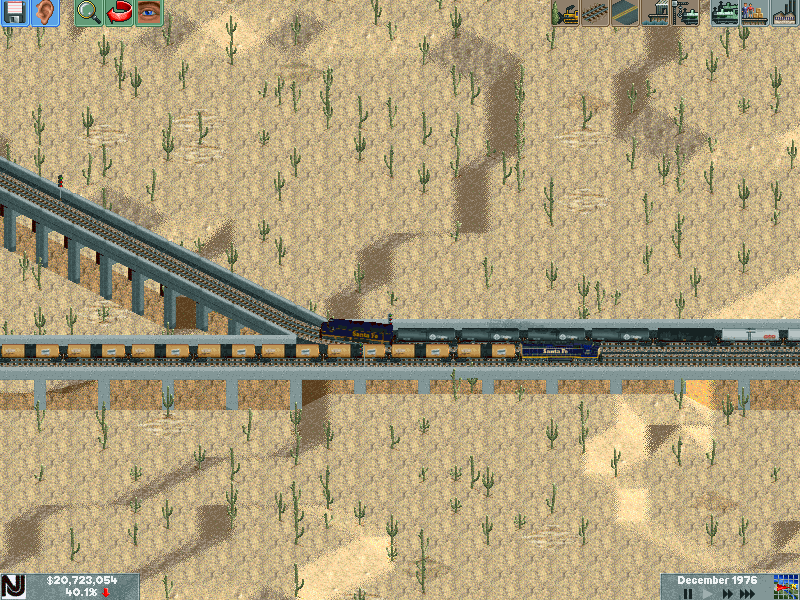 Yeah, I mixed that with digidampfman's packs to make passenger stations.

Give it a try yourself, you could make something great too!
Nations Game Season 4 | Locomotion Screenshots | Twitch | YouTube | Noteflight

Thanks, glad you enjoyed! More are coming.

However, if you've ever tried to play with realistic-length trains, you'll know that the game doesn't see 4 months without profit as a real profit. I've had to restart twice to bankruptcy, and twice more to a glitch that I keep forgetting about. If you let the game run for a bit so a station with no platforms will disappear but you leave a ghost piece hovering in the old station's catch area, the game crashes when the station should disappear.

Anyway, this is all that came out of those attempts. I'm currently trying to recreate it.

Screenshot1.png
(1.14 MiB) Not downloaded yet

There's also a few from my most recent attempt, which actually ended up working out because I made a dummy line to get things started. 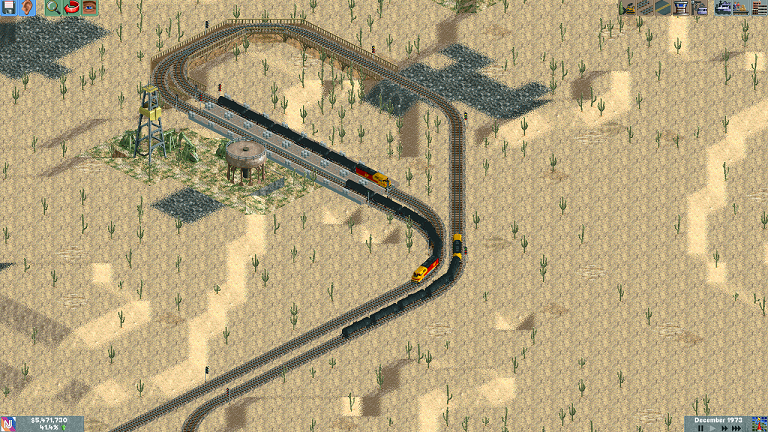 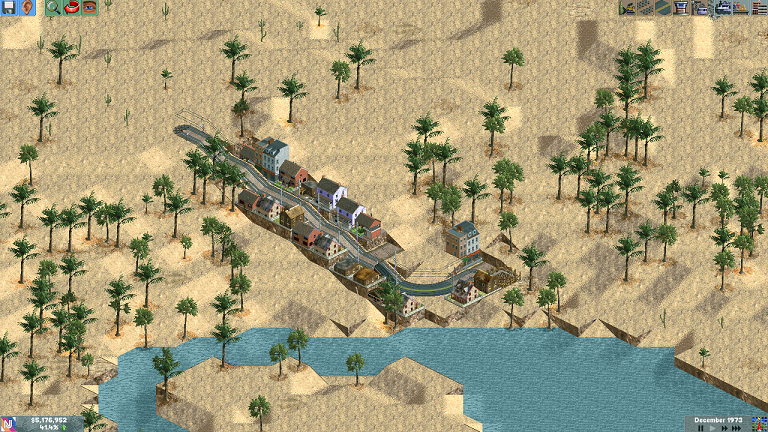 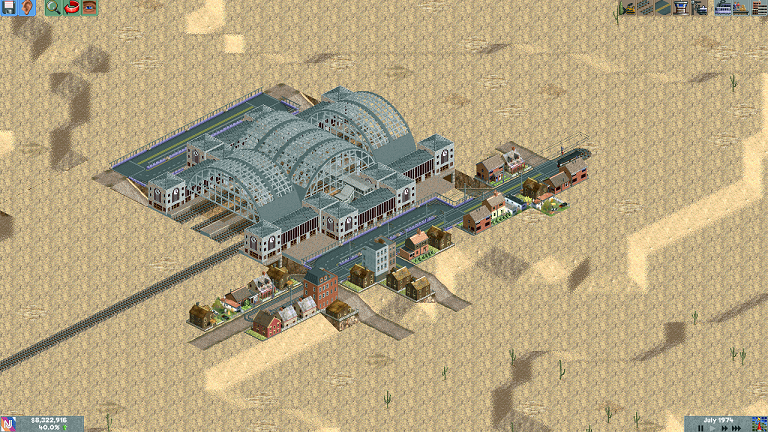 Here's the freight lines so far. 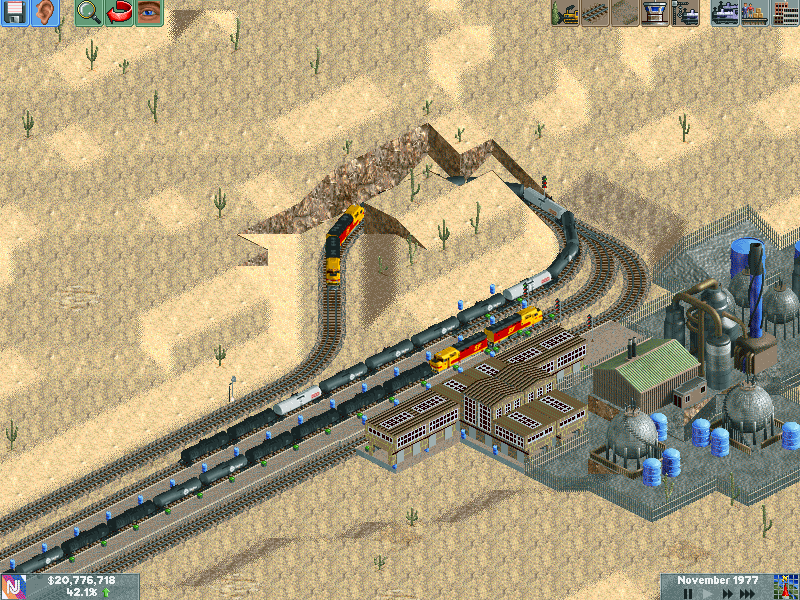 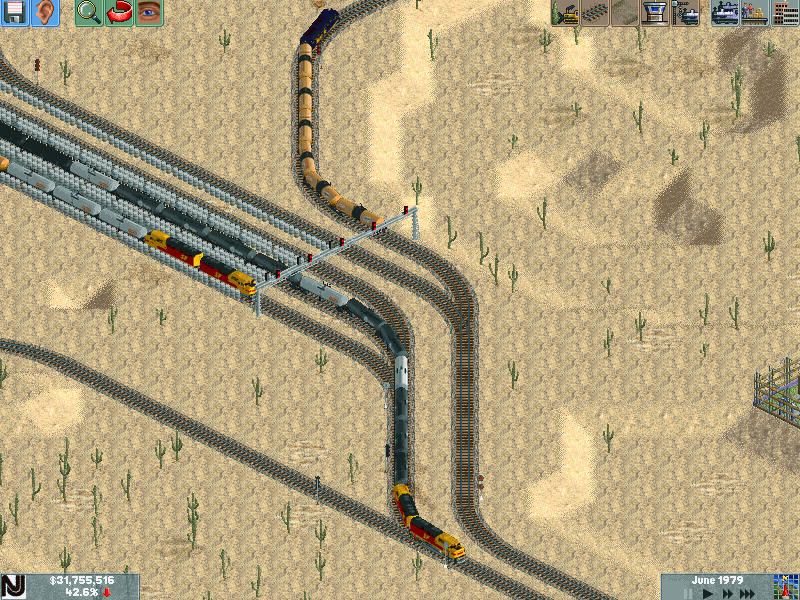 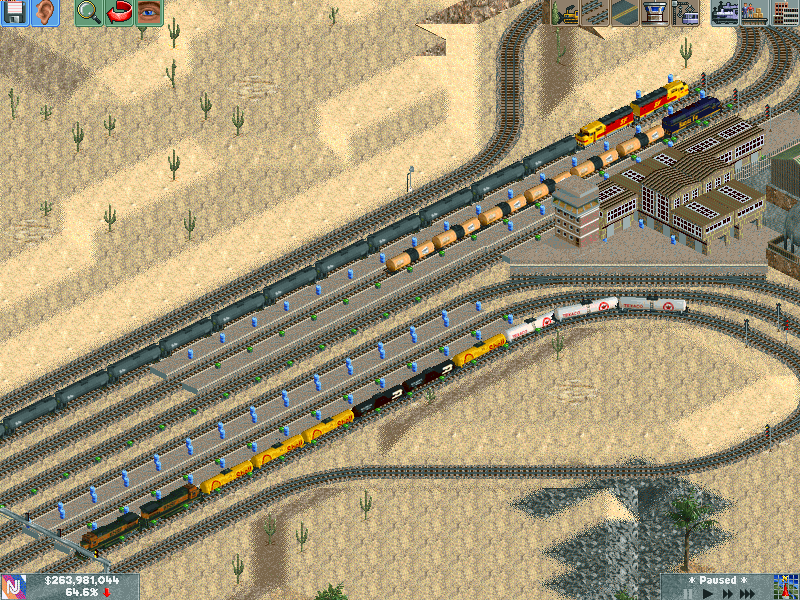 These passenger stations are all on the same route. I'm particularly proud of the last one as I've never done a double-layered station before. 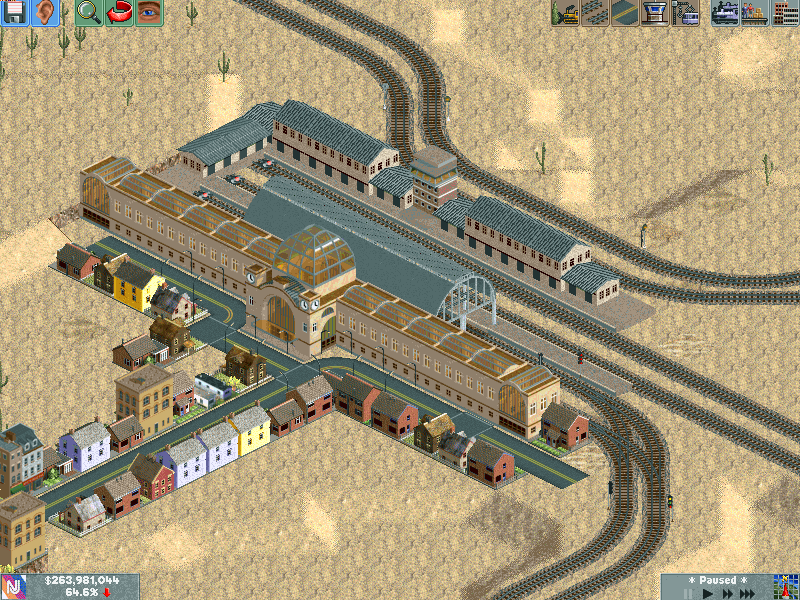 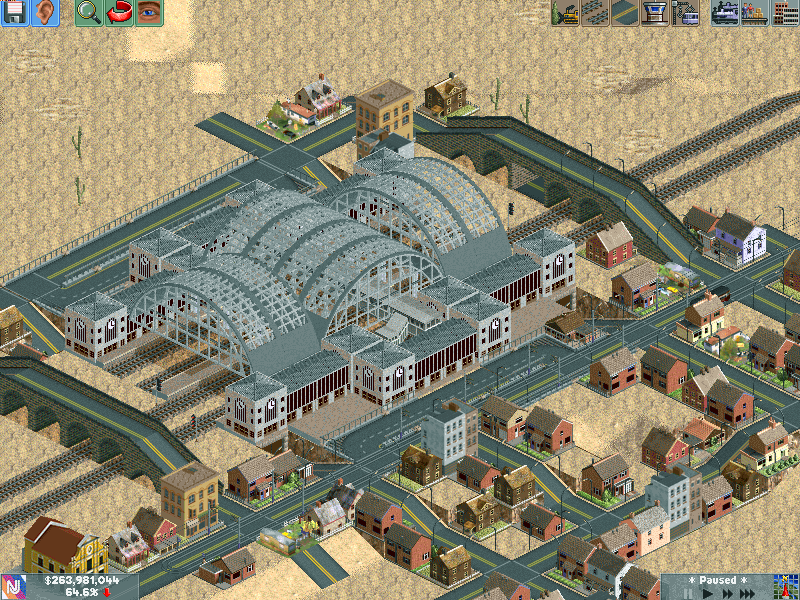 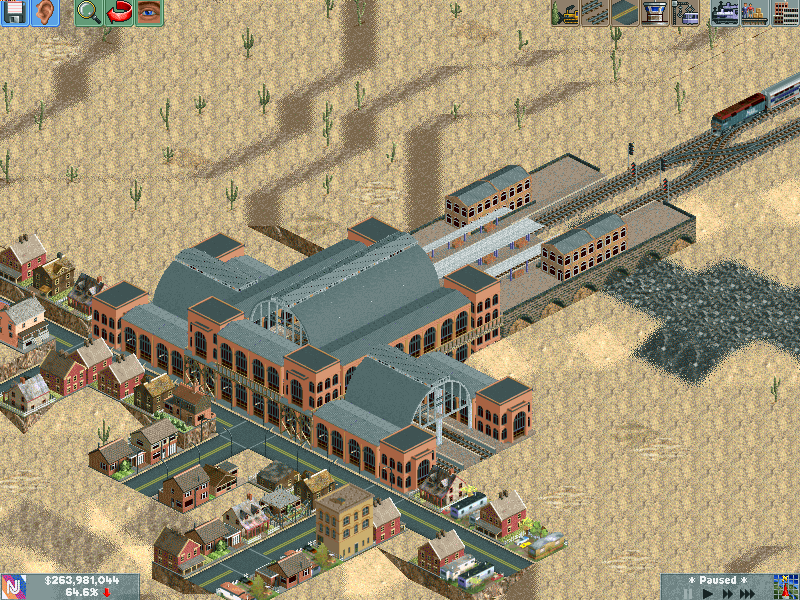 I like your triangular goods platform with the signal house on the end of the goods buildings.
The triangular platforms are also in one of the german packs i thought?
The only thing that is not very successful in the wireless version : Bungee Jumping

That's part of the 1-sided passenger platform, or Einstieg in-game, which I believe is in the Kombipack.
Nations Game Season 4 | Locomotion Screenshots | Twitch | YouTube | Noteflight

In game time, it's been ages. I'm way too particular about my track layouts. Well, sometimes. Anyway, I've got a new passenger station and a refresher on two others. 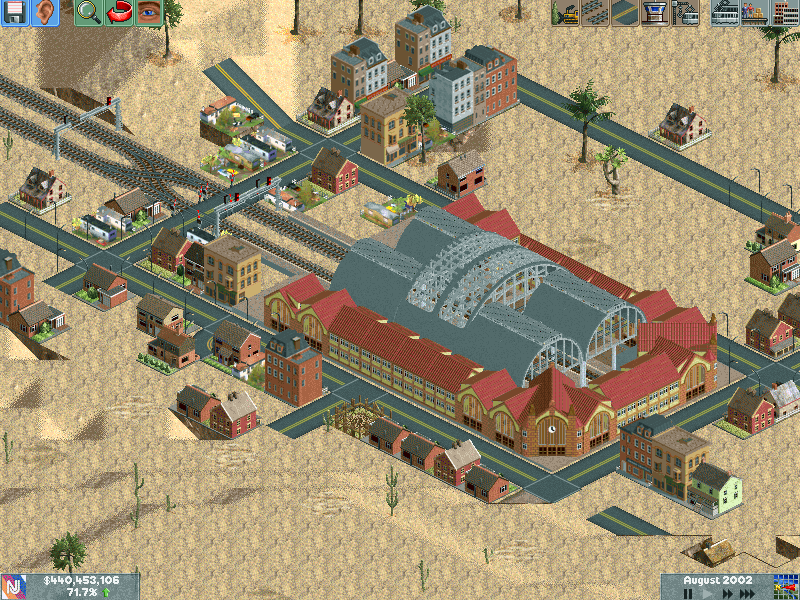 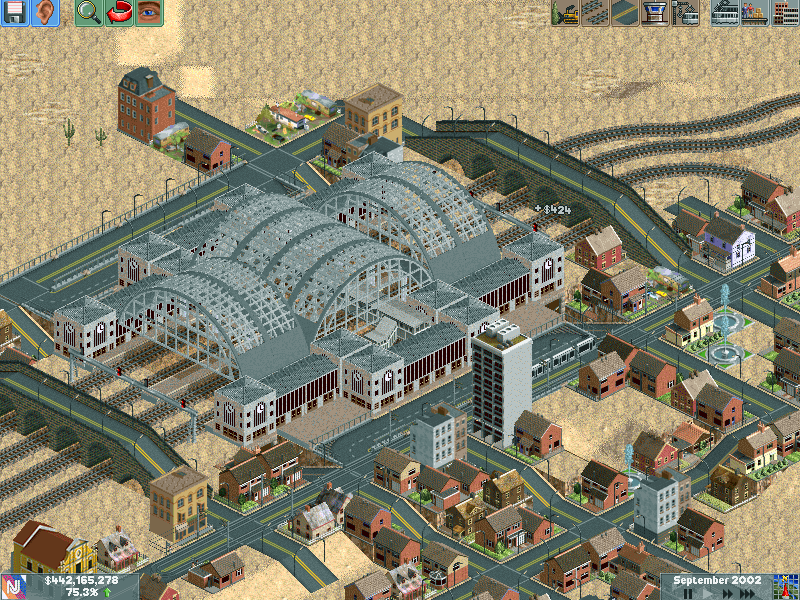 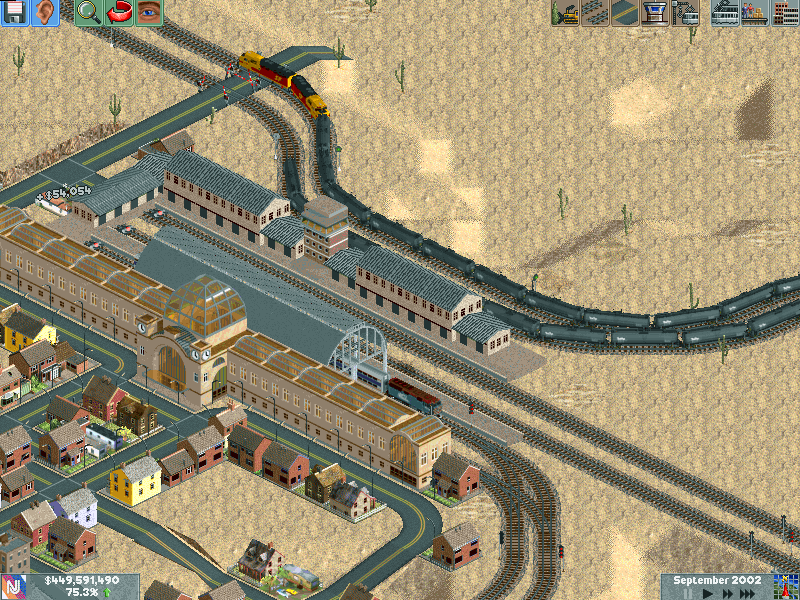 Here's a freight update. The top two are from a new coal line, soon to be iron ore as well. The bottom is just a factory that uses the chemical runoff from an oil line. 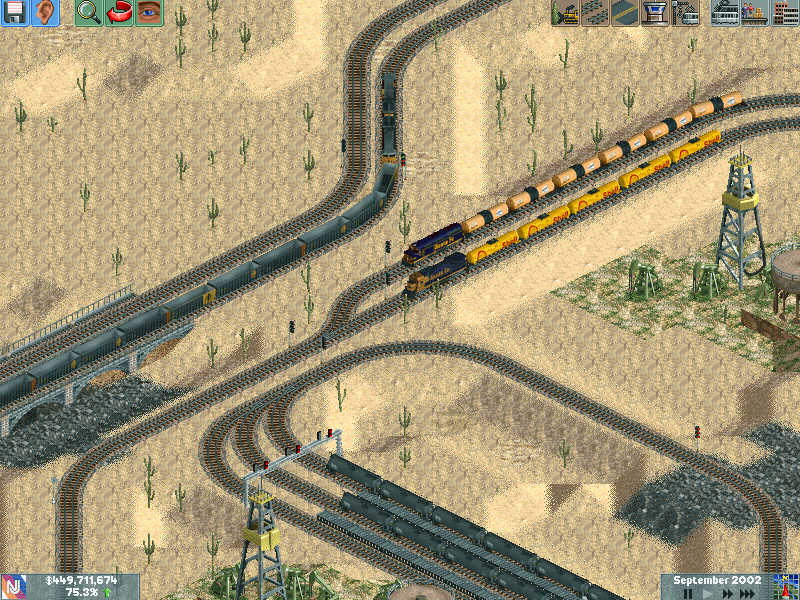 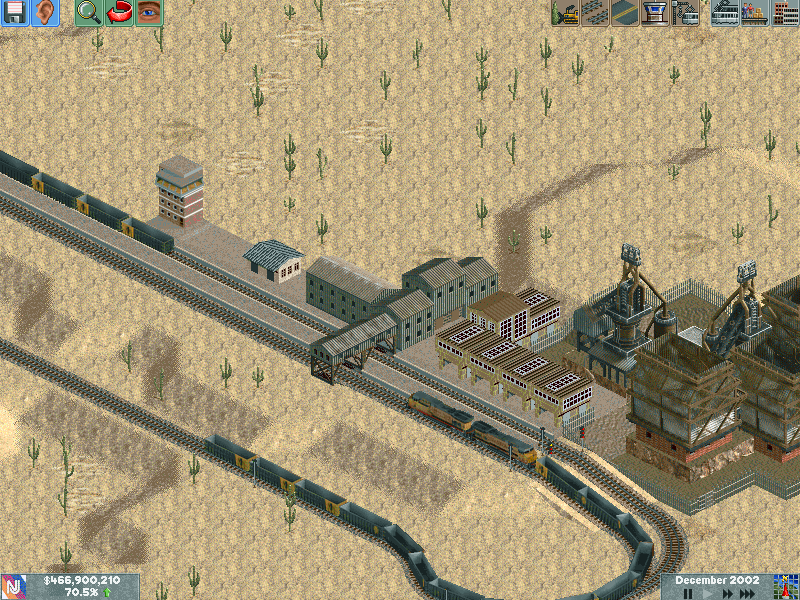 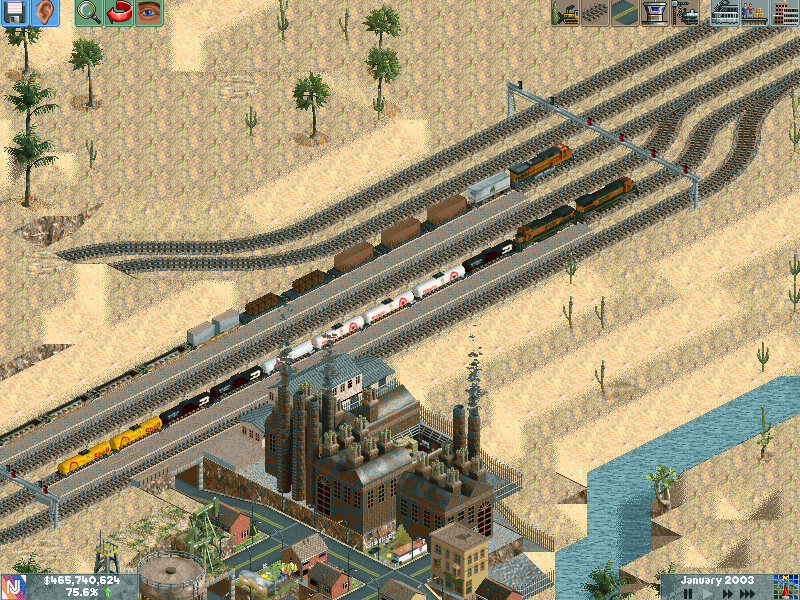 An update on the poor little towns I've ravaged, topmost of which has already dropped the "little" descriptor despite no prior screenshots. Whoops. 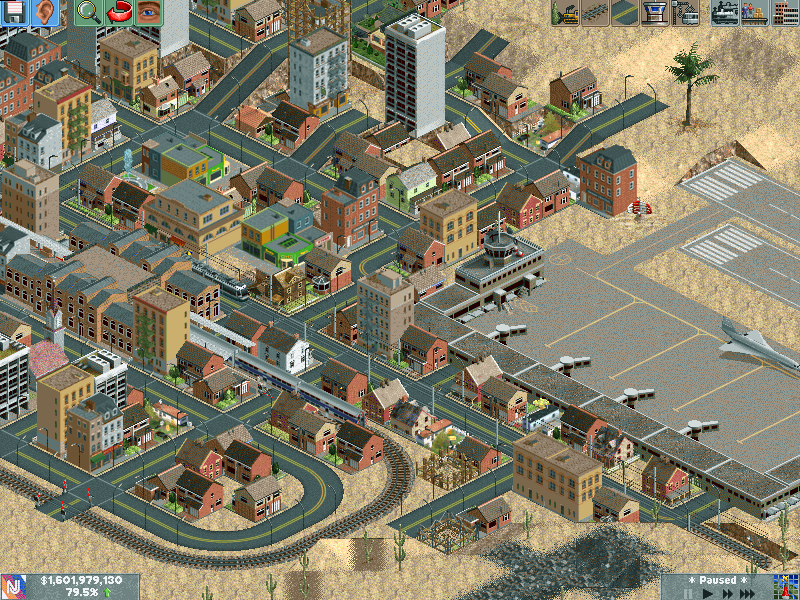 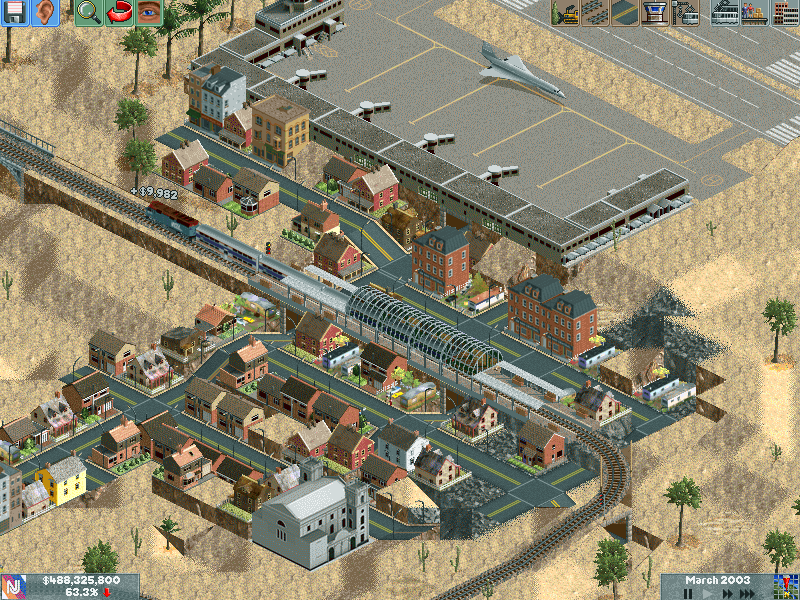 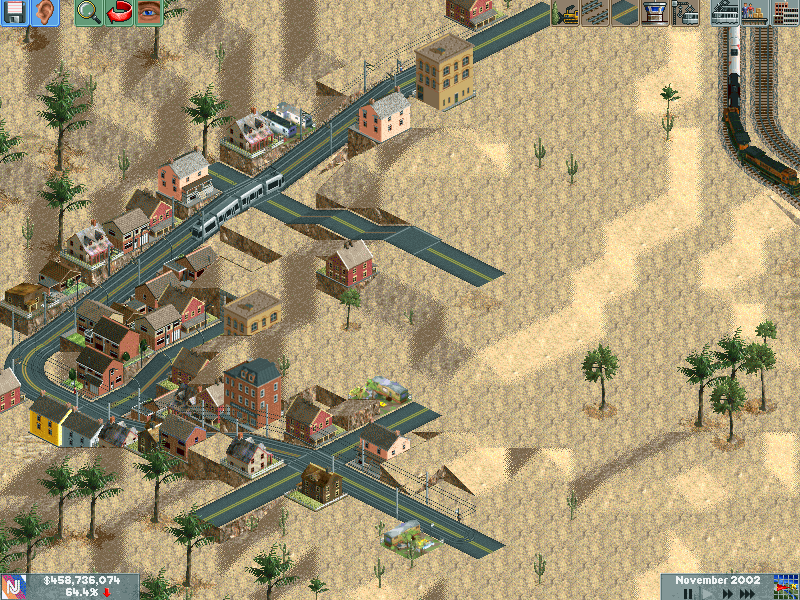 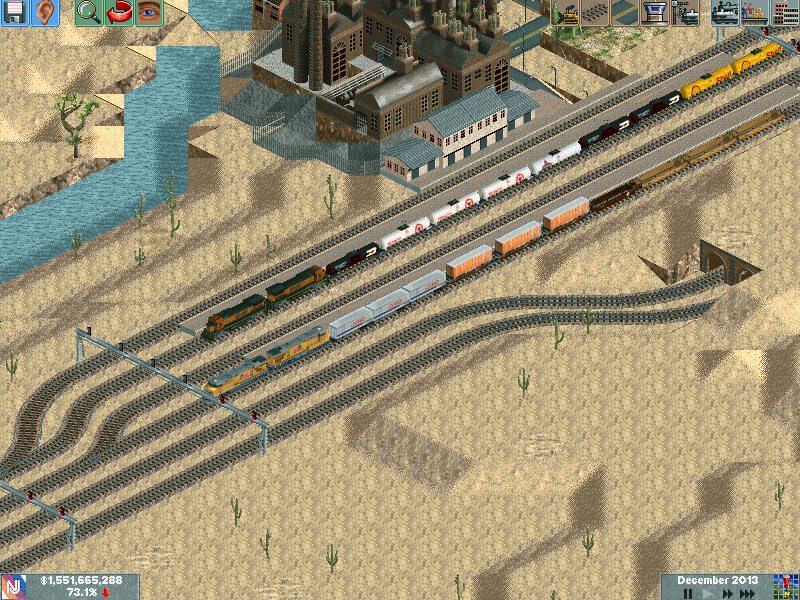 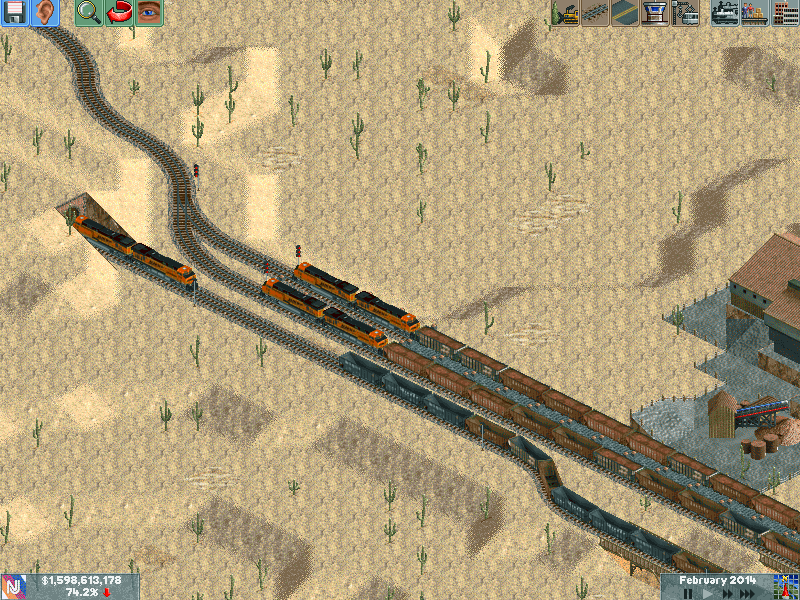 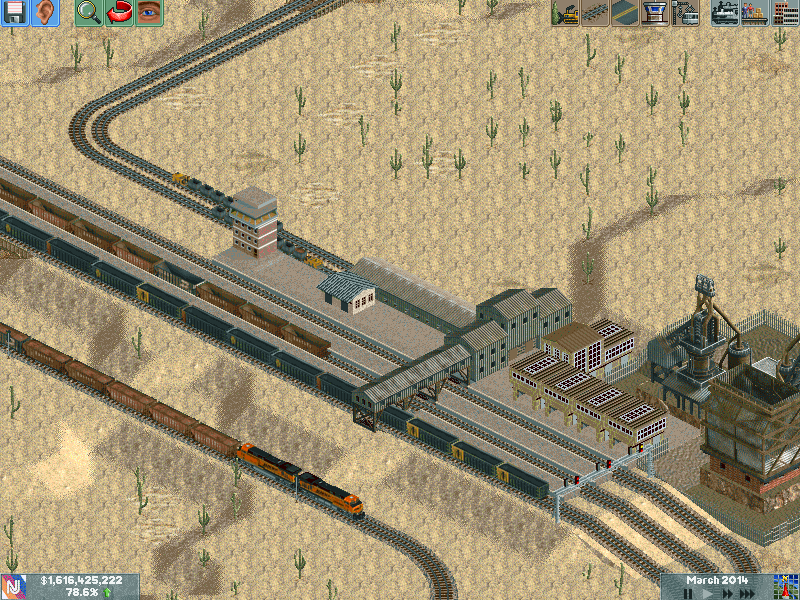 Well, one of the cities is big enough but shut up.

Surprisingly, I didn't spend much time forming the towns this time. 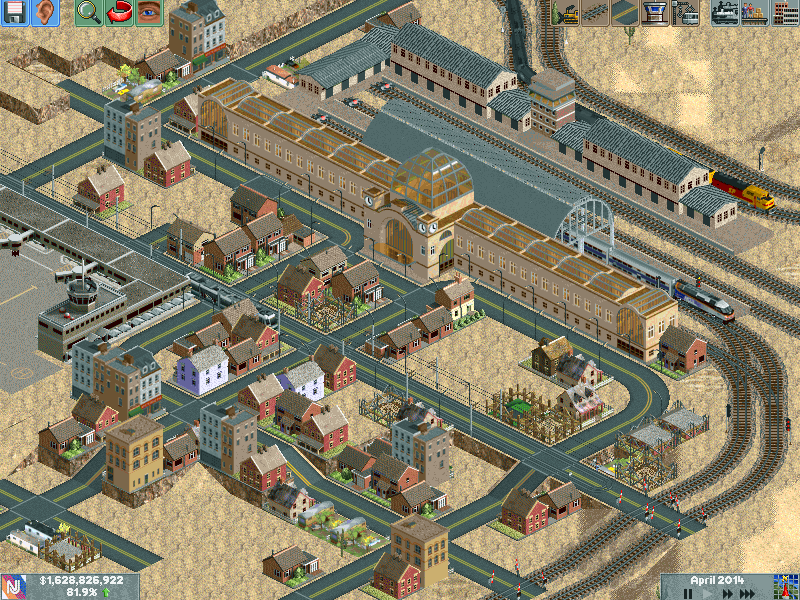 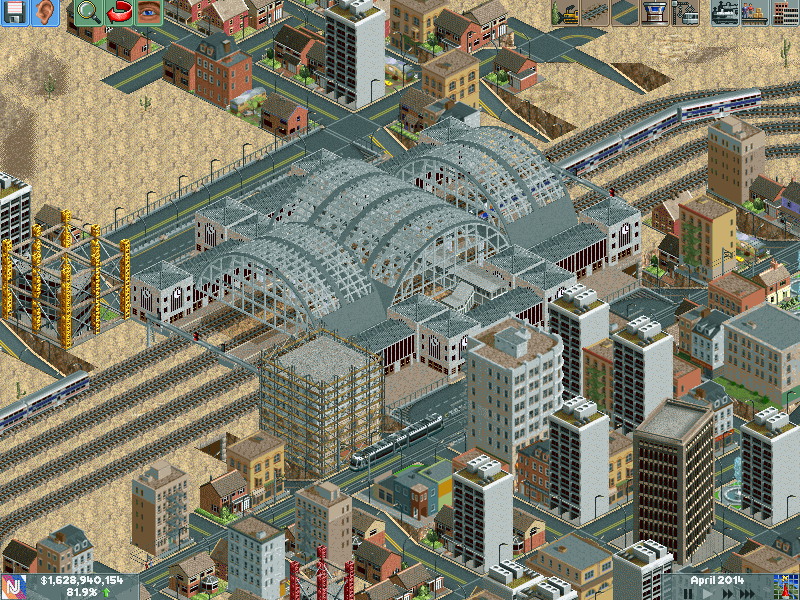 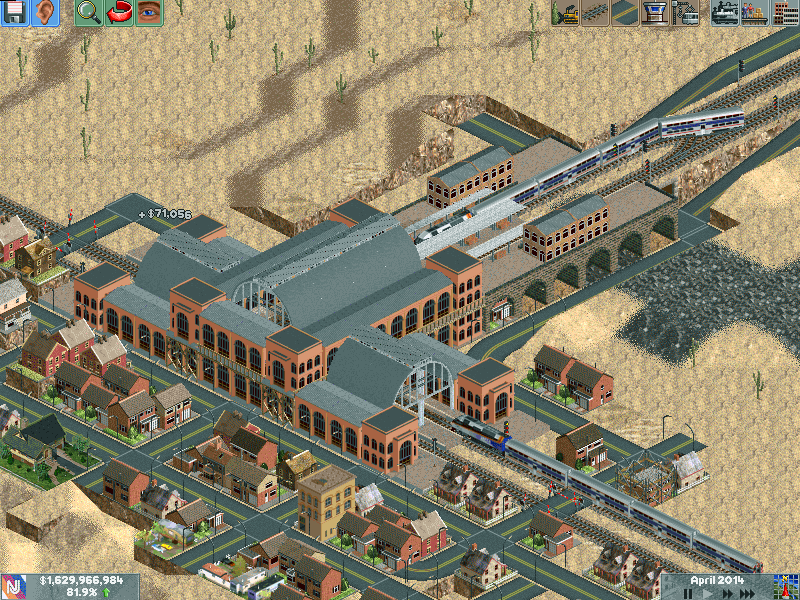