by eastpath
I bought Transport Tycoon when it first came out and installed it on 17 December 1994. It then went viral throughout my family though my sons, nephews and nieces. My father (who is now 80) still has the boxed original and I recently introduced him to OpenTTD and he is playing it again. I then moved on to Deluxe and Locomotion but I like OpenTTD best. I am now playing it frequently again, almost to the point of addiction, much to my wife's annoyance!

I have my most of my old computers archived to CD/DVD and below is another early game from June 1995 played with my original (legal) copy of the game running under DOSBox on Windows 7 (thanks to this forum for the tips on that). 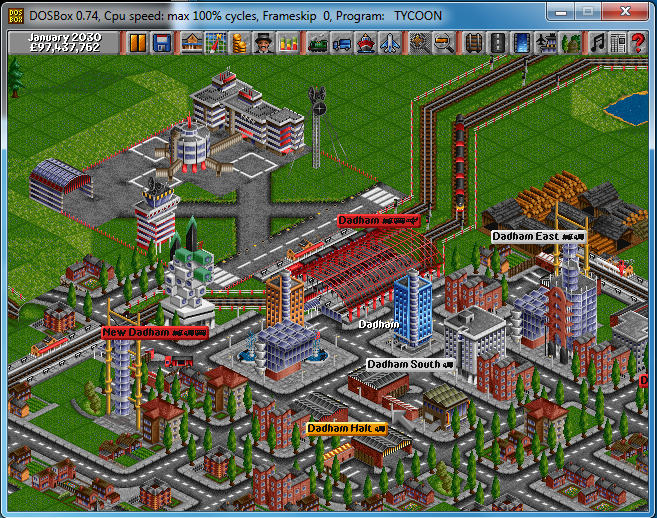 Attached is a full screenshot from one of my early original game from 1994 played on OpenTTD.

I am addicted to OpenTTD and have made some custom GRFs of UK buses which I'm not yet fully happy but they're ok. I'm working on improving them using some of the tips on this forum. I particularly want a Leyland National as I travelled to school on them.

I hope to get to Manchester if I can (I will let the organiser know for definite nearer the time) and look forward to meeting some fellow Original members from that period.

What are your early memories?

Re: Memories of TTO

I remember when i were a kid. I played old TTD, always installed on PC and played, year by year, but when windows vista came, i started using openttd. But few months ago i started to think about openttd youtube channel. Now i preparing first videos, i want to make openttd more popular a bit in my country. (Sorry about bad english, i still learning... )
All times are UTC
Page 1 of 1
Powered by phpBB © 2000-2020 phpBB Limited