openttdfan2020 wrote:Nice Newgrf! wow! can you add this train in this newgrf? 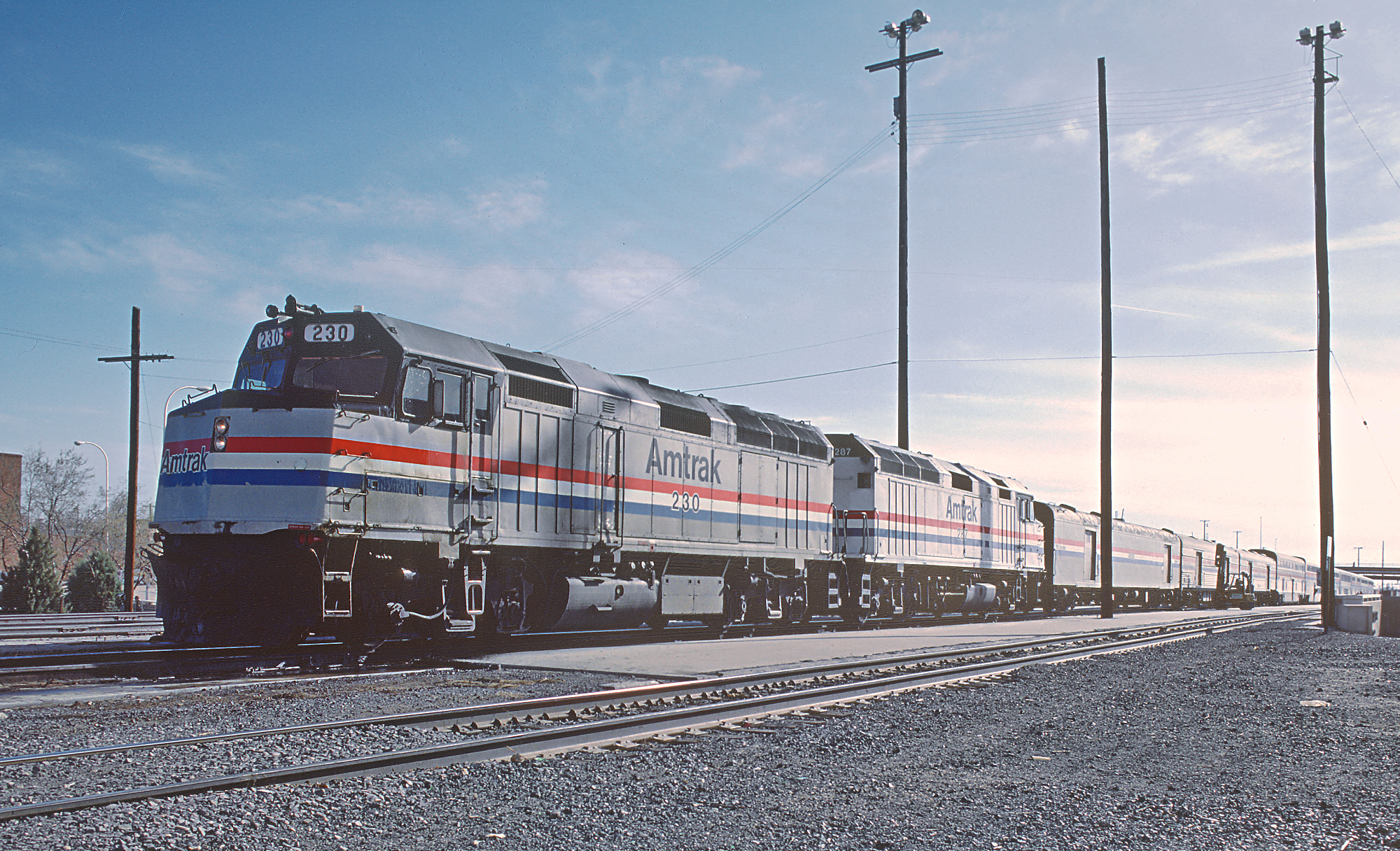 Oh, thanks for the suggestion! This is F40PH, I allways forgot to add it, but I think I will add it in the next update

Hello there again. Working on Pullman NYC coaches currently, so there's another poll during to the end of this week.

Because of my PC failures I couldn't release the update through past week, and I will not be able to post it on next one (I'm departing to the sea for 7 days). The list of planned vehicles was changed due to my abilities and reasonability for the set. In consequence in the next version will have this changelog:
-New liveries for some of E- and F-units (ATSF/NYC/PRR/CPR/CNR);
-Remade graphics for F3, F7, F9(New!), E7, E8, PRR MP54, Alco PA, Alco FA(New!), Metra Bilevel cars/Highliner II and Canada MR-90;
-Added CN Electric Multiple Unit;
-Added Metro-North M8;
-Added Budd Pioneer Zephyr trainset;
-Added EMD FP45;
-Added EMD F40PH;
-Added new named train sets and cars:
CPR/VIA Rail The Canadian + F7 livery + F40PH livery;
NYC Pullman Heavyweight;
ATSF Super Chief Lightweight + F3 livery + F7 livery + Alco PA livery + EMD FP45 livery;
NYC 20th Century Ltd + F7 livery + E8 livery;
And some other fixes, like properties of some railcars.
See You soon (In 1 week +-5 days), check for updates.

Would you add other liveries, like the blue warbonnet or yellowbonnet scheme for ATS&F in the future?
Top

TrainLover wrote: ↑
07 Jul 2019 22:01
Would you add other liveries, like the blue warbonnet or yellowbonnet scheme for ATS&F in the future?

Meahwhile I came home and made some stuff...

"CPR/VIA Rail The Canadian + F7 livery + F40PH livery" and Alco FA will be added in next update (Which I will upload maybe next two weeks, not like the this one

) due to some problems with my PC, sorry to all canadian friends

.
Please, write here for any bugs and problems You will find.

Started a new poll for two weeks, I count every opinion

Make it configurable, whether or not the player uses Vehicles Never Expire.
Do you like drones, quadcopters & flying toys? Check out Drone Strike Force!

Make it configurable, whether or not the player uses Vehicles Never Expire.

I specially allowed 2 answer variants, one for Yes/No, and one for checking/not checking the "I use..."

I planned to start this set as a passenger-only one, but I see people want the freight stuff too. I will think about it, thanks for a proposal.

Although people may not care one second about my opinion : mine is that it should be two separate sets. Freight railways in North America are far more in number and rolling stock than any passenger railroad. Even by counting metros, tramways and people movers, there are still more kilometers of freight railroad and also still more freight locomotives than passenger locomotives, EMUs, metros, tramways, etc.

And for the reason that a set containing as much details as NAPR (liveries, etc) would contain an unreasonable amount of rolling stock compared to all NA passenger rolling stock, my opinion is that both sets (NAPR and NAFR if it was created) should stay separate.

So again, I'm not Tony Pixel, so that's only my opinion.
NewGRFs by Tony Pixel :
North American Passenger Railroads
Not Enough Subways

I planned and thought about creating a freight set, but there are some not so big problems. I think it will be started, when the North American Passenger Railroads set will be playable and comfortable to play, because there are many issues to train parameters I must fix, and not so many trains for the diversity and good gameplay. NAFR may be started, when as minimum as half of steamers planned in NAPR will be implemented in-game.

All spriteset drawing and coding work, planned for this update, is going to end, and I thought about some things that aren't related to graphics but balance. From the next update, there will be a parameters for increasing/decreasing running costs and (maybe) vehicles' prices.

Some of the work I do in freetime

Small update 0.12, added LIRR MP54B, the Canadian Trainset and livery for F40PH and a PRR GG1 unit. See You next time at the start of october: redrawed P32AC-DM, Alco FA in 2 liveries, NYC 20th Century Ltd steam consist headed by 4-6-4 Hudson and some of PRR stuff. Also You can now choose the multiplier of running costs in parameters of GRF

I am assuming you're drawing the General Electric EF-4/EP-4. Better known as the Little Joes.

These electric locomotives were originally built for export to the Soviet Union by General Electric in the 1950s. However when relations between the United States and Soviet Union deteriorated into what became known as the Cold War, GE was prohibited from delivering them to the Soviets.

Beside being referred to as Little Joes, after Soviet Leader Joseph Stalin, the EF-4/EP-4 where also known as the 800s by the South Shore Line, and Russa (Russian in Portuguese) by the Companhia Paulista de Estradas de Ferro.

EF-4/EP-4 ran in both passenger and freight service with The Milwaukee Road until the end of electric operation in 1974. Their South Shore Line counterpart continued operating, mainly pulling freight trains until 1983.

The three remaining locos that went to Brazil became part of the Brazilian State Railways when the Companhia Paulista de Estradas de Ferro was nationalized in 1971. These locos continued operating for Brazilian Railways another 28 years until they were retired in 1999.

Five of the EF-4/EP-4 are preserved at railway museum across the Midwest. The remaining 15 where scrapped.
Top

Hi... I'm curious about something - is there any way you could add a running cost scale item to this set? Me and a few others are using this for a muliplayer game in addition to NARS but these vehicles are 10x times cheaper than NARS's ones - and can't be balanced.
Top
Post Reply
227 posts