I'm taking this on a little bit more "Prototypical" angle, so the adding of faces will come later. Attatched is a start based on repaints of UKRS equipment (With permission of course

Eventually I'd like to include the Peel Godred branch Electric Engines, the Culdee Fell Railway, the Skarloey Railway and possibly even the Arlesdale Railway. I'm considering this as an expansion to UKRS to allow "other" engines to run the railway in the background in addition to the "famous" engines.

The plan initially is to include the following:

Possibly a few others as well. The new TV series is getting a bit on the extreme side with nwe characters and whatnot, so I was considering keeping with the "original" Railway Series to start. The others from Emily on could be added at a later date.

Was also thinking of adding Harold, Bertie, Terrence and maybe Trevor as well

I have spoken with DanMack and am going to attempt to learn NML and code this set. Dan, how yould you like Annie/Clarabel to be coded, refits using 1 ID for the three types?
Formerly known as r0b0t_b0y2003, robotboy, roboboy and beclawat. The best place to get the most recent nightly builds of TTDPatch is: http://roboboy.users.tt-forums.net/TTDPatch/nightlies/
Top

After perhaps one of the longest stall periods in OpenTTD history, the set is coming to life!

The thread got a shoutout earlier on Reddit and being a relatively simple set it seemed silly not to complete it, at least with the graphics already drawn. Therefore, I present the OpenTTE/Sodor Expansion project

Here you can see Henry the Green Engine leaving the station with a rake of express coaches, along with Toby the Tram Engine waiting at the signal with his ever-present compatriots Henrietta and Elsie. Meanwhile Gordon the Big Engine is taking a well earned break while loading passengers for his next trip to the mainland.

I haven't seen a license specifically for the graphics of this set, but I recall that DanMacK gave general permission a while ago for others to use their graphics (along with Pikka) and I've taken the "We need a coder" as permission to use the graphics under GPLv2. However, DanMack is a semi-active user on the forum so I'll be confirming that before I actually release a GRF.

In the meantime the project is available here: https://github.com/audigex/OpenTTE

Things like cargo capacities, speeds etc are very much WIP, as are sprite alignments. Currently the three trains in the screenshot are coded, with the others to follow. Additional graphics, or information on speeds/weights, are always welcome - along with bug reports (or code contributions) if anyone builds the code themselves. 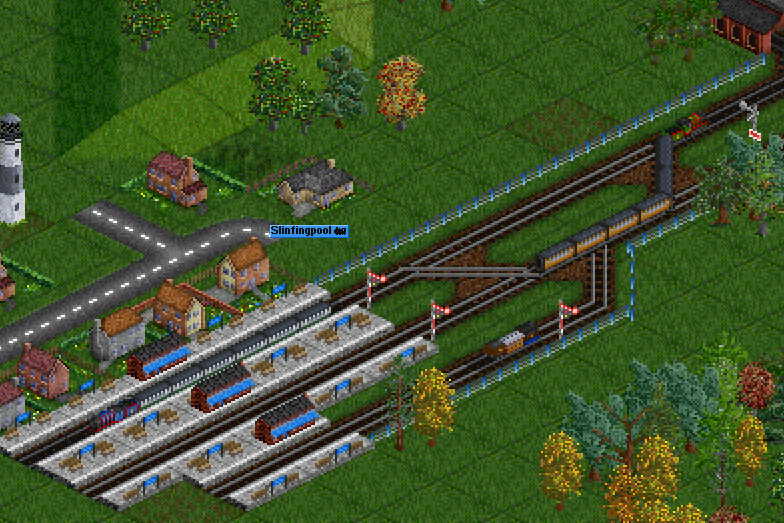 James and Edward steam past on the other line...

And DanMacK has confirmed that GPLv2 is fine for his sprites, so here's a test GRF...
Jon
Top

Attached GRF v1.0-alpha - all sprites I can see drawn in this thread are now included. Now available on BaNaNaS

I've been tinkering with some alignment, so it's possible there are a couple of misaligned sprites in there still - most likely relating to Gordon/Henry/Edward/James no longer aligning properly with the express coaches.

- Toby's consist (he's automatically created along with Henrietta and Elsie) doesn't have any passenger capacity
- Toby is called "Toby the Tram" not "Toby the Tram Engine"
- Power/weight on the locomotives is probably (definitely) not all accurate. Gordon and Henry should be close, the others are guesstimated
- Name mismatch (In game is "OpenTTE, A Thomas The Tank Engine.... blah blah", BaNaNaS is "Sodor Railways Expansion") 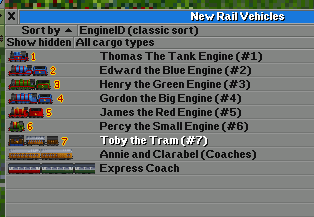 Any bug/alignment issue reports welcome, and if anyone wants to draw anything else for this set I'm happy to code it.

I'm a bit busy with other projects to draw for the set, but I'm happy to code anything drawn. If anyone wants to contribute, then there are a load of similar classes in the UKRS2/PJ1K that would work here if re-painted. Several of the diesels are there, they just need a new paint job, and I'm not sure if there are any special liveries for freight wagons/trucks etc, but they could likely be moved over fairly easily if we wanted to make this more stand-alone (I can add a parameter to disable UKRS duplicates for when the sets are used together)

I've just added some Pip and Emma (IC125/HST) graphics from PJ1K, so I'll code them up at some point too
Jon
Top

Glad to see this project back on track

--My Screenshots--
--Screenshot of the Month--
Top

For Pip and Emma, I can't decide whether to code them as a multiple unit (eg 6 coach fixed formation) or allow a separate coach to be added to arbitrary lengths.

Currently only Toby is a fixed Multiple Unit, because I refuse to allow him to be separated from Henrietta, but Thomas is not perma-coupled to Annie and Clarabel, for example
Jon
Top

audigex wrote: ↑
05 Oct 2020 19:42
For Pip and Emma, I can't decide whether to code them as a multiple unit (eg 6 coach fixed formation) or allow a separate coach to be added to arbitrary lengths.

Currently only Toby is a fixed Multiple Unit, because I refuse to allow him to be separated from Henrietta, but Thomas is not perma-coupled to Annie and Clarabel, for example

parameter?
Do you like drones, quadcopters & flying toys? Check out Drone Strike Force!

Good thinking, it's not something I've played with before but I'll take a look - I don't suppose you have an example to hand of something similar?
Jon
Top

Hi ! Love the pack but here are some issues I get from the NewGRF. 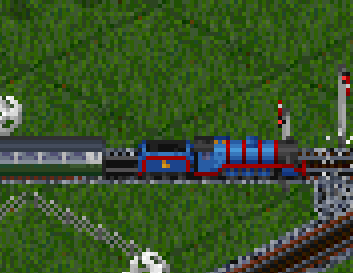 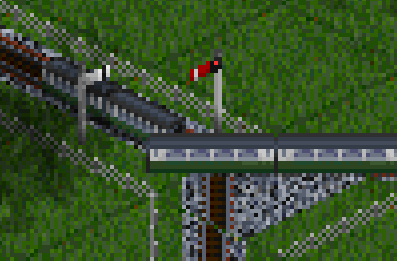 PS: I would love to see Connor, Spencer, Hiro, Caitlin and their coaches, or even the troublesome trucks and others cargo carriages ! And maybe themed stations ! I think this project can go very far.

Thanks for everything !
Top

It's also possible that some of the unit lengths are incorrect, but I'm not sure how to check that
Jon
Top
Post Reply
52 posts