Zephyris wrote: I couldn't replicate that graphics bug... which openttd version are you using

Well, it's gone now anyway. I was using r10438. I may have been using an older version by mistake anyway.

Ways of Preventing Death:
* Don't breathe air. Seriously. Everyone born before 1870 breathed the substance at some point in their life and every one of them is dead today. A coincidence? I think not.

I may have worked out how to fix the which capacity is seen in the construction menu...
In action3 the CargoType FF is reserved for displaying the vehicle in the buy menu, therefore if CargoType FF refers to a CargoID which uses a copy of the build articulated vehicle callback chain then the vehicle will have a capacity equal to the sum of the individual components. It also allows the use of a dedicated buy menu graphic, ie. showing the whole vehicle, not just one car.

Ok, i've looked at your newest version again, and i've had some thoughts.

First off, i really like how your set is right now, also with the 2-part and 3-part trams, they are awesome


What i want to see is these trams getting into trunk. And for this to happen, one problem i still see is buses becoming too weak in comparison to trams. If you disagree, tell me.

I think there are three possible solutions to that:
1) Improve bus stats. I don't think the devs want that to happen, just to balance it to your new vehicles.
2) Weaken your tram stats. I know its really nice and cool to have ultimate vehicles (who doesn't dream of that) but i think it has to be done for the sake of gameplay.
3) *new* If you want your trams to stay that powerful at all costs, there have to be some other disadvantages with trams. My suggestion is (that would be something completely different, someone would have to create a patch for this) to make building tram tracks waaaay more expensive, especially on town roads! So that you really have to invest a LOAD of money to make a tram service run in the first place. This way, it could be justified that trams are much better than buses, so that they can bring back the money you had to invest for the tram tracks.

-------
Now for some calculations. I built a test route between two medium towns that were quite close together (imho realistic scenario for a tram, aside from inside a city)

income/year (from testing, assuming there are enough pax waiting to always fill the tram):
47640 <-- total costs for the tram line

If the costs of tram tracks were MUCH higher, so it would take, say, 10 years for a tier 1 tram to pay off the track, people would consider to use buses first, especially in the start of the game where you can't afford that much. Buses are then the cheap way, but trams are more future oriented.


Let's make some scenarios from that:
1) In early game, a player builds a tramway in rather small towns, which generate so few pax that only one tram runs there. It costs about 60.000€, which is not that few for the beginning (starting loan is 200.000). The tram needs about 11 years(!) to get him the money back he invested there. This was a bad decision, he should have made a bus line instead.

2) Same scenario, but with bigger, expanding towns that generate enough pax to justify 4 trams: still, it's rather costly for the start of the game, but after 4 years and a bit, the trams have made enough money to get him back his investment costs. And now they are making more money than buses would.

3) Late game, huge cities: The player does not care at all about investment costs, but only wants to move as many pax as possible. So he builds the fat tier5 trams rather than buses. (one rather cool feature about three part trams easily overlooked is that they also load and unload 3 times as fast as a one part vehicle would, thats realistic if you think about it, they have entrances and exits on each part...)

----
So what do i conclude: making tram tracks much more expensive results in more balance between buses and trams, and also in more thought of the player, when he should use which one.
Early Game -> Buses
Late Game -> Trams
Long Distance -> Buses
Short Distance -> Trams

I agree completely! Have you been reading the economy balancing thread? I've done lots of simulations (excel, yay!) of vehicles and infrastructure costs and profits over different ranges and its an absolute nightmare to get stuff anywhere near balanced. It all stems to the fact that the buses are rubbish! With low speed and (compared to the journey length) long times in stations buses are always less profitable than trains, and in a similar way buses will always be less profitable than trams. To balance it all every price (except buses) needs to go up vastly, and cargo payment rates increase less quickly with distance transported, I'm working on a total vehicle replacement set to allow this kind of re-pricing!

In summary (re: these trams) the prices and capacities aren't an issue to me - low passenger production and capacity early in the game stops them being OP, and late in the game money isn't an issue, but it is annoying having 1000 passengers at an inner-city bus stop. Just as you said

. If you can offer some specific prices Ill put them in, have a play, and probably release a new version with updated costs!
GRVTS/eGRVTS --- Generic Tram Set --- UK Town Set --- zBase ---RichardWheeler.net
Top

First; sorry to bump the thread

Updates to this set to allow refitting of the cargo trams to food will not be happening in the near future, OpenTTD doesn't properly support refitting of articulated road vehicles. At the moment only the front car of the set is refitted, while the others remain with the original cargo. Sorry guys!
GRVTS/eGRVTS --- Generic Tram Set --- UK Town Set --- zBase ---RichardWheeler.net
Top

One of the reasons it doesn't work is that I haven't been able to test it. Make the set work properly, and then we can change OpenTTD to support it properly afterwards.

By "work properly" what needs to be done? Things I can do:
* Action3 CargoType FF (for menus) with a callback to build articulated vehicle - corrects capacities and graphics in the buy menu
* AI callback
* Make the cargo trams refittable so you can test the refitting
GRVTS/eGRVTS --- Generic Tram Set --- UK Town Set --- zBase ---RichardWheeler.net
Top

Ah, I just meant don't abandon refitting because OpenTTD doesn't support it properly at the moment. I haven't had a chance to try out the set yet so I don't know about anything else (although I don't think OpenTTD supports the AI callback either).
No-one's more important than the earthworm.
Top

The problem is I want OpenTTD to support it because I only play OpenTTD! If you would like when I'm home from work I can send you another set I'm working on which uses loading stage graphics, refitting and buy menu callbacks if you would like something to test with...
GRVTS/eGRVTS --- Generic Tram Set --- UK Town Set --- zBase ---RichardWheeler.net
Top

Test it in Patch and confirm that it works properly in Patch. With only a very few exceptions, if its works in Patch it is valid, and if it does not work in Patch it is not valid. Workiness or notworkiness in OpenTTD is basically immaterial. Especially notworkiness.
To get a good answer, ask a Smart Question. Similarly, if you want a bug fixed, write a Useful Bug Report. No TTDPatch crashlog? Then follow directions.
Projects: NFORenum (download) | PlaneSet (Website) | grfcodec (download) | grfdebug.log parser
Top

i dunno, but should trams be ONLY for passengers? i mean... i don't know in this world if there are any goods trams or mail trams or anything. my opinion on how trams should be: spacious(have A LOT of passengers around 100 to be precise and with top speeds of up to 60 km per hour.)
Romania Scenario
Dopefish's savedgames and scenarios
Top

I found out yesterday that there was a tram line going between Sneek and Bolsward (10 km appart from each other, Sneek is ~5km away from my hometown) from 1882 till 1968. It was closed because only one goods tram came on it per day and there were usually cars in the way of the trams. There was also a passenger service until 1947.
More information can be found here (Dutch).
Don't panic - My YouTube channel - Follow me on twitter (@XeryusTC) - Play Tribes: Ascend - Tired of Dropbox? Try SpiderOak (use this link and we both get 1GB extra space)

Since trams (in OTTD) do not reverse, how do you solve a tram jam where one or two trams are lost and cause a pile up? The culprits in my screenshot wanted to turn back for servicing and ended up clogging the system. How can this be solved.
See attached. 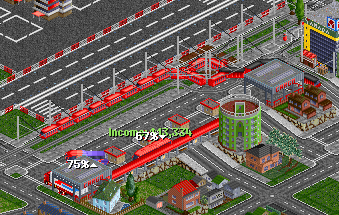 I didnt think that could happen... I advise you make a bug report out of it.
GRVTS/eGRVTS --- Generic Tram Set --- UK Town Set --- zBase ---RichardWheeler.net
Top

Well, on conducting a search, I found that I am not the only one.
See attached .sav game

The set crashes my copy of the patch (latest nightly) when a tram arrives at a station. Wondering whether this is a known issue with this set, or should be filed as a patch bug report? 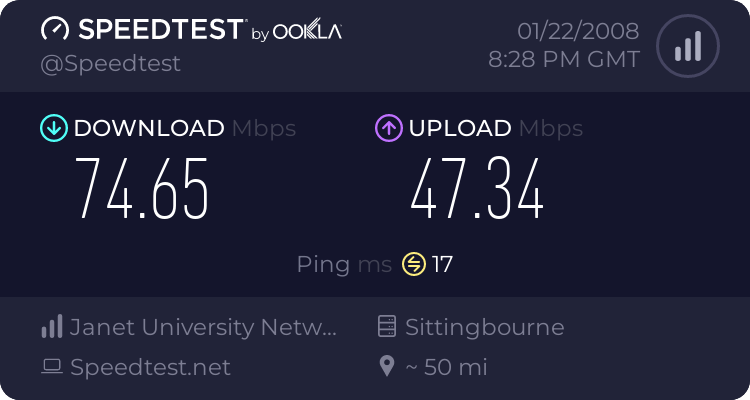 Report it, definitely (unless there's already a report on flyspray).
No-one's more important than the earthworm.
Top

Isn't flyspray only used for OTTD. What is the compatibility status of this set with TTDP?