Update: The bug still remains and appears, but now with a black box in the last nightly of openttd

by Kolijn Wolfaardt
Hmmm, could you possibly post a screenshot? When I tested it seemed fine to me, but it's possible that I could have missed some possible setup.
by Digitalfox
The bug is in the same combination..

But before it was white, now black..

( No other newgrfs are loaded, and using the last nightly of openttd )

Ps: I am using the link for download in the first post on the topic you made!!

by Ben_K
Digital, think you'll find those numbers are randomly added by the forums when you download something. They arent part of the file itself.
by Lakie
Hopefully when the phpbb3 becomes available this type of confusion will disappear.
(Since when you download a file, it doesn't have an extra parts to the filename).

by Kolijn Wolfaardt
Now this is getting strange. I tested the new terrain grf on OTTD version 0.4.7 and with the Mini Integrated Nightly, and in neither of them and boxes appeared.

digitalfox, does the boxes appear only when you use the new terrain grf, because I don't know what could be the problem

Kolijn Wolfaardt wrote:Now this is getting strange. I tested the new terrain grf on OTTD version 0.4.7 and with the Mini Integrated Nightly, and in neither of them and boxes appeared.

Using the Latest Stable(tm) or the Latest Nightly(tm) is usually a better way to test newgrfs.

but also with newest nightly bar shows up.

by FooBar
You are using an old version of New Terrain (Digitalfox, you too!). Try this file: http://www.tt-forums.net/download.php?id=67661 It's from the fifth post in this topic. Unfortunately the first posts references an older version.

by flake
thx A LOT.

but sadly now the white blocks apear bigger on other locations:
http://divzero.at/flake/whiteblocks.png

by OzTrans
I've done a quick de-code/re-code of the GRF, just linked above.

That is the result :

Now, the creator of this GRF needs to correct the sprite dimensions (ysize/xsize) or positions (xpos/ypos) in the NFO-file for the sprites listed above, that report pure white and the problem will go away for good.

by FooBar
Right, I remember. There are some sprites missing (three of them IIRC), producing glitches with maglev tracks. I fixed that in the version I'm using. Not really that hard to do using grfcodec and photoshop.

I'm not going to post my version here without permission of Kolijn Wolfaardt himself, because I don't think that's the way things should work around here.

by athanasios
At least PM to him to get him informed.

by FooBar
Okay, here it is. Feel free to do with it whatever you like.

by flasher86
Why theres only 3 colours of the green grass? Originally theres a 4 colours for grass and empty tile. It makes you see a better deepth. I am pretty sure the grass would looks much better if author was consider this.

by calix177
Ok not sure if anybody else has noticed this.

It seems to appear when raising the terrain. It only appears on the western slopes.
Its not a very bad glitch as once the grass grows back the slope is normal. 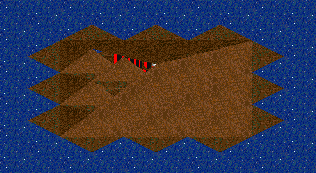 All other grfs were turned off

by FooBar
I noticed that too.

The problem is that sprite 198 is a duplicate of sprite 188. In normal words that means that the wrong image is used for that slope. The correct image isn't in the grf.

I took myself the freedom to combine sprites 185 and 194 into a new sprite 198, which solves the glitch.
Because Kolijn probably won't mind me posting an updated version of his wonderful terrainset (he gave me permission earlier to post a similar updated version), here it is.

Thanks for the update Foobar.
and of course Kolijn for the great terrain set.
All times are UTC
Page 4 of 5
Powered by phpBB © 2000-2020 phpBB Limited