Here is my fast mock up, its not brilliant and can be done better.But it shows what I mean! Some my drawings for example.

I looked into some other sets too and realised my wheels were just very very detail lacking and here's a redone side view:

And thanks for pointing it out

Killer 11 wrote:I looked into some other sets too and realised my wheels were just very very detail lacking and here's a redone side view:
And thanks for pointing it out

Much much much better! And welcome

geez like 9 years ago KAMA3 was everywhere, every roadworks company used these things even now there are quite some arround so it will fit my set well

We've had lots of Kamaz trucks recently, but now they are way too old and unreliable so that newer trucks are being used.
And by the way this photo seems to show a polish Kamaz

Ok Here's an updated sprites table currently i have reshaded these vehicles:
2M62(both units); M62(both liveries).
Other engines simply had theyre wheels updated to new ones
I still have to reshade for next release:
D-1 DMU and it's coach
2M62 Modernised(both units)
Passenger carriage(it's not in the sprites table)

And i also have to finish my generic KAMA3 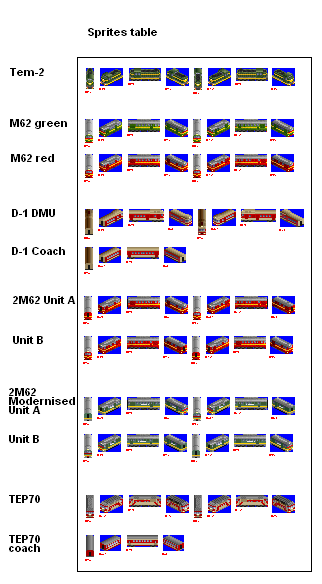 The 2M62 modernised; The roof in | view looks lighter than in the other views.

The pixel randomization looks cool, but use it at all sprites, or none at all.
Contributor to the The 2cc Set and Dutch Trainset. Inventor of the Metro concept. Retired Graphics Artist.

This set has a lot of potential, and your drawing style is very good. I'm looking forward to seeing more!

Look what i found on the net! 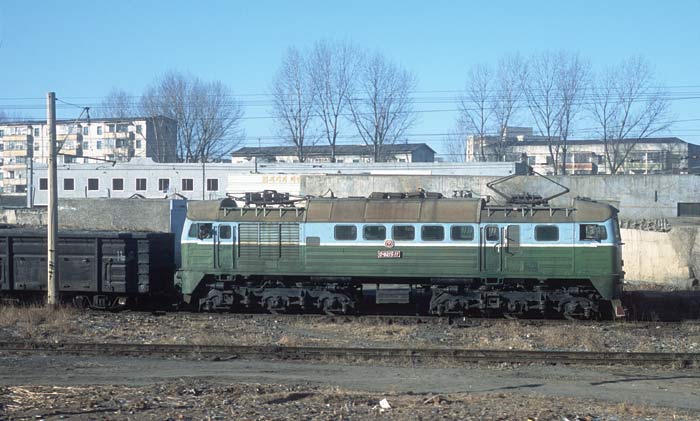 Holy moly that's actualy an ELECTRIC M62!
It is built in Korea and used only there, but it made me start thinking of breacking the boundaries of the set and including some engines that did not make it to LG rolling stock just to make the engine list bigger and make the set more stand alone than it would turn out if i used only LG engines.
So what are your opinions?
Include engines that LG doesn't have(ofcourse i'll include only those that i see fit to existing rolling stock).
Or include only those that are in LG rolling stock.
Top

But dunno maybe Killer change it

I have built a playtest map and i took some screenshots of it you cann see them in the screenshots topic:
http://www.tt-forums.net/viewtopic.php?p=538515#538515
Top

I would say have LG only stuff and have an adon grf for the other suitable locos if people want them or a parameter. Are you going to draw any semitrailers for trucks

Formerly known as r0b0t_b0y2003, robotboy, roboboy and beclawat. The best place to get the most recent nightly builds of TTDPatch is: http://roboboy.users.tt-forums.net/TTDPatch/nightlies/
Top

I see you are using GRFMaker. If you ever need any help with that, be sure to ask me.
Formerly known as Lachie
Top

How to maintain tracking table? I suppose I'll make new table for road vehicles? And rename set to Lithuanian set?
And please provide me data for KAMAZ to put them in table too.