-I don't think the "Class" is necessary in the names.

Thank you for finding bugs.

-Hkb is already on bugfix list on Devzone
-Hain added to bugfix list
-Dm7 coding is in developement (will be possible to add those trailers and running single Dm7 etc...)
-Sm1 brown is aged version of dark red, which comes when units are 20+ years old
-Sr2 sounds are in developement.

And for the last one:
-Class commonly is used on English translation on several different sets. Maybe you or somebody else could do Finnish translation which has no class in names?

Someone could record Sr2 sounds? The best way of locomotive sound recording is not to record too close, distance to moving locomotive should be kept as constant as possible (15-30 m), and preferably using good cardioid/shotgun microphone. And sound levels should be adjusted so that they are between -10 and -6 dB. Departing locomotive from station/halt which has no switches in close proximity, and line running should be good. The sound of train itself must be kept at minimum.

I don't see the point of making one livery of one train aged.

I don't see the point of making one livery of one train aged.

Later, "aging livery" may be introduced to other locomotives too, such as Dv12, which have been very long-living class of locomotives, even one of oldest in scale of world. Sm1 is long-living too, so no reason to left it out.
Aging could be disabled too, if wanted.
Projects in progress: Finnish Trainset (DevZone)| Finnish Rail Infrastructure and Stations Set (DevZone)
Top

Let's have a screenshot contest. Not a mockup anymore!

Between Sauvo and Honkajoki there is express service pulled by Dr13 and consisting of blue passenger/mail coaches, stopping at Sauvo, Inari and Honkajoki, and pair of Dm7+EFiab+Dm7+EFiab consists running on local traffic, stopping at all stations except Alamultia, which hasn't got any passenger service. Between Sauvo and Inari there's Dm8 running non-stop. On top of that, from Kinnula station there's an industrial branch line to local sand pit, and second one from Multia to Honkajoki brick factory and lime kiln. Between those two industrial branch lines, there's running pair of consists with Dr12 and Om wagons. 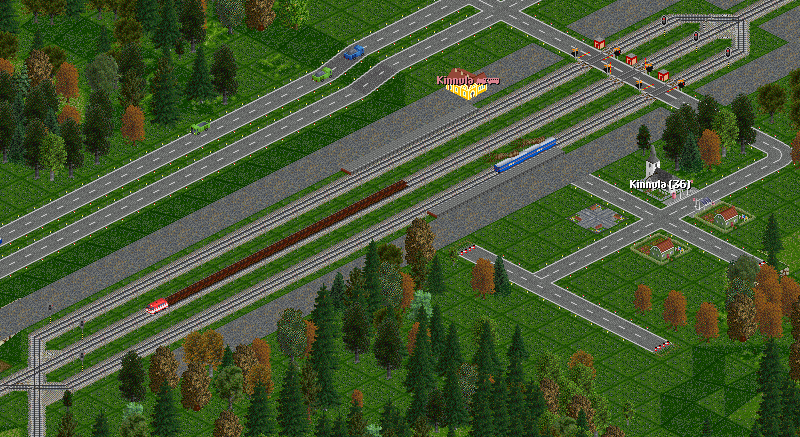 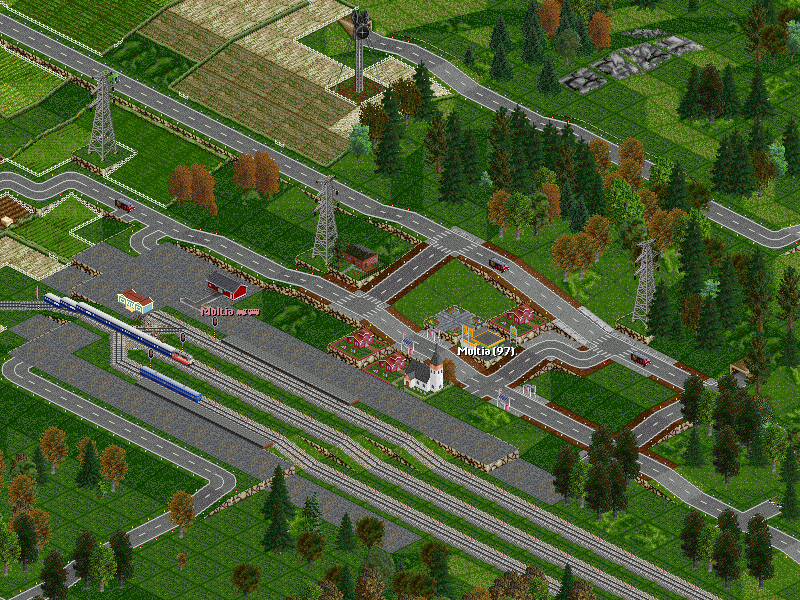 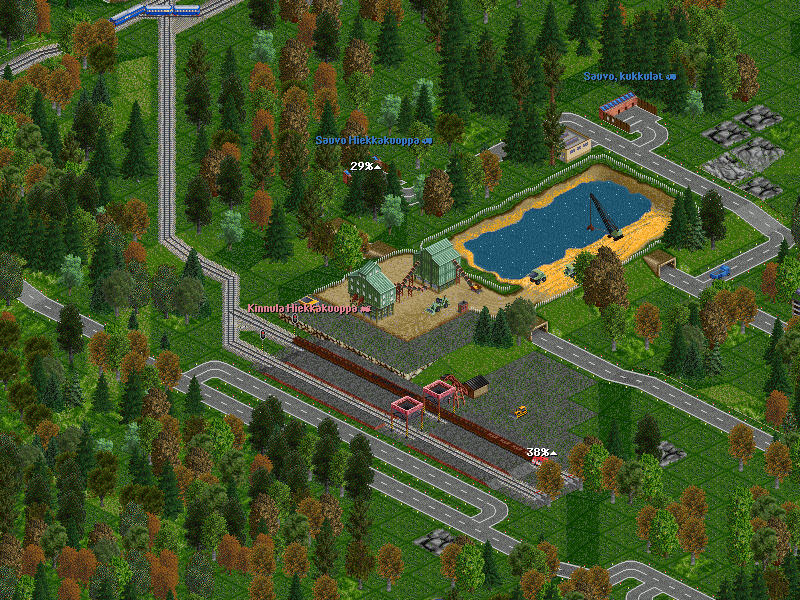 We desperately need more mineral wagons for the future release. So desperately actually, that even I decided to whip out the old Photoshop pencil

Some input from the more experienced artists would be appreciated, and of course, if you want, feel free to improve my work. Based loosely on a __ view mockup made by Danmack several years ago. The wagon here is Taimn.

Knowing some of the drama regarding Vaunut.org members previously in this thread, I dare not link real pictures of the wagon for reference, but basically you can go to http://www.vaunut.org/haku, pick "Tavaravaunut" under "Tyyppi", and "Taimn" under "Littera", then "Hae" at the bottom right of the screen, to find some good photos.

Also included is the mockup made by Danmack. If someone wants to draw more hoppers, the ones missing at the moment are Mo, Ome and Taimn-t. You can find pictures from the link I previously mentioned, "Littera" stands for wagon type. For Mo and Ome a single set of sprites of an empty wagon are enough, since they don't have any cover. I can add the stuff inside the hoppers. Taimn-t should have sprites for open and closed versions. The graphics will be released under GPL version 2. 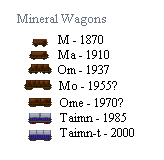 I've modded Dm8 sprites to Dm9 ones, by installing center doors on center wagon (on all center wagon sprites), and lowering the pilot a little.

Difference between Dm8 and Dm9 units are Dm9 weighting 3 tons less, and having 45 passengers more. Dm8 was meant for express service use, and Dm9 for local service use. Dm8's center coach had a kitchen.

After some serious work, nightly r122 that is released tonight (here: http://bundles.openttdcoop.org/finnisht ... nightlies/ ), should contain almost all necessary stuff and latest fixes regarding the "first official" release. Only description of grf in NewGRF selection window is to be done before first offical release.

Version 0.5.0 should be on BaNaNas on next monday, if there's no bugs and everything works as it should. Why 0.5.0? Because there is so much sprites and code done already!

Rail traffic between Sauvo and Honkajoki has increased so much that double-track line was built between towns on early 1980's.
At Summer 1990, there's two newly introduced InterCity-services running between Honkajoki and Inari.

Dm7+EFiab+Dm7+EFiab running local service is getting old and quite obsolete for the time and will be soon replaced with better DMU options for the service. 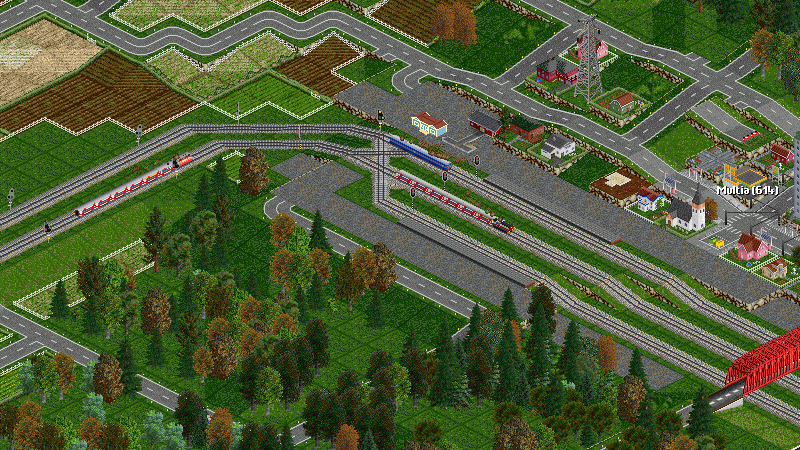 Just started playing with this, the Ma wagon is black when empty and turns brown when loaded. Makes for an odd sight as it loads!

So DanMacK has been AWOL for awhile (too many other things in RL competing for sprite time). Not sure if I'll be able to get anything done, but I'll see what I can do.

Juzza, welcome back! Great to see you contributing to the set in a big way

Thanks for all the hard work so far.
Regards,

Ameecher wrote:Just started playing with this, the Ma wagon is black when empty and turns brown when loaded. Makes for an odd sight as it loads!

Bug noted on DevZone and to be fixed.


DanMacK wrote:So DanMacK has been AWOL for awhile (too many other things in RL competing for sprite time). Not sure if I'll be able to get anything done, but I'll see what I can do.

Nice to see after a while!

Hopefully we'll get some nice new graphics "in near future"

Having played this a bit, I'd say that early steam engines are just too expensive to run, I nearly bankrupted my company with them, only rescuing it by cheating more money to myself, the running costs of diesels then make the set playable again. That's with running costs set to medium.

Ameecher wrote:Having played this a bit, I'd say that early steam engines are just too expensive to run, I nearly bankrupted my company with them, only rescuing it by cheating more money to myself, the running costs of diesels then make the set playable again. That's with running costs set to medium.

Next major developement directions, after freight wagons and older/other stuff is done, will be trams and metros of Finland. M100 and M200 stats are already at place, and lots of tram stats are to be found out. But currently, this set haven't got enough active sprite artists.

Sprite artists wanted! If you are intrested, post under this post. Freight wagons are currently priority number 1, and old stuff priority number 2. Of course, if intrested, M100 recolouring, M100-> M200 modding and tram drawing is also priority number 3. Also, narrow gauge rolling stock is another direction after those previous tasks have been done, but it's quite difficult to find information from them.

The earlier thread showed some intrests to Finnish buses and trucks too, but they are totally different project.
Projects in progress: Finnish Trainset (DevZone)| Finnish Rail Infrastructure and Stations Set (DevZone)
Top

Great to see it this heavily updated version of the lovely Finish set!
I tested them with new Arctic FIRS, can only tell about the early stuff through.

I wonder if G/Gb sprites had been mixed up? The smaller holds more cargo, could they be refitable to FIRS - BEER too?
The steamers are very powerfull in comparison to other sets, using freight multiplierer 3 shows allmost no effect even with 'Vara'.

very nice set, keep it up

Feel free to scavenge anything Finnish of mine from the 2cc set. They'll probably just need recoloring and minor adjustments.

Thumbs up for all the work!