Ikesankom wrote:Hi maquinista! I'm newbie in this forum. I've played TTD since many years ago and OpenTTD since some. When I found the Spain set is the only I can use. I'm a fanatic of spanish trains.
Before I register in this forum, I' ve follow this and other threads about your spanish set and I though this thread and other were "dead". Because I thought the set will never be improved and fixed, I try to do it myself, but only get to see the sprites.
I hope you' ll carry on making the spanish set and obtain the license in order to be online. If I can help in something don't forget it.

At this moment this set is a bit stopped. I don't know what to do... Maybe I could try to create a new version specific for OpenTTD with fixed trains (EMU and DMU) and all Spanish trains.

The biggest problem is that this could add new bugs, but... It could leave a easier code, because at this moment I have and spaghetti code which doesn't allow too many changes. Also, It could allow a single file to add all trains (narrow gauge, private companies, historic trains, future trains...). A nice feature could be to have separated coach models (UIC-X (8000), 9000, corrail (9600), "star" (10000)...) instead of generic ones.

I would need to draw a GRF file with 1500v overhead wires and code them with the high speed tracks. Then, I would nee to separate the spaghetti code (not very difficult) and code the coaches. Then I could move the locomotives and EMUs.

What do you think? 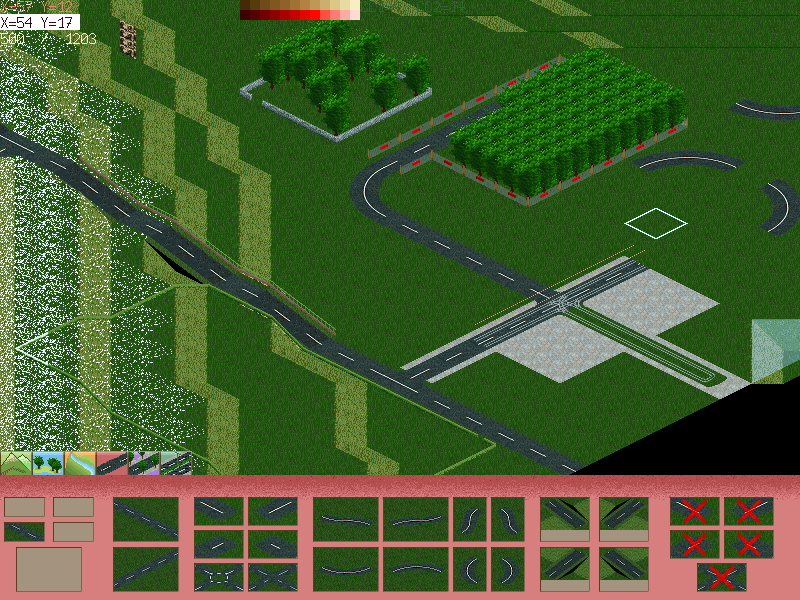 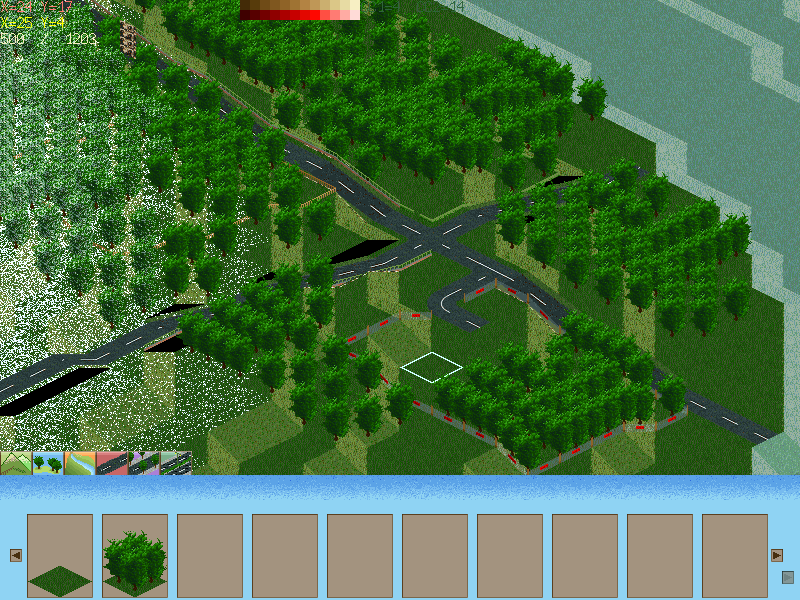 I have created this table with train and rail compatibilities.
These are the tracks used: These are the example trains: I'm not sure if this could be done easily, but It covers most of Spanish trains and tracks.
Maybe I need additional railtypes for dual trains. If not, I can try to add a rack rail. 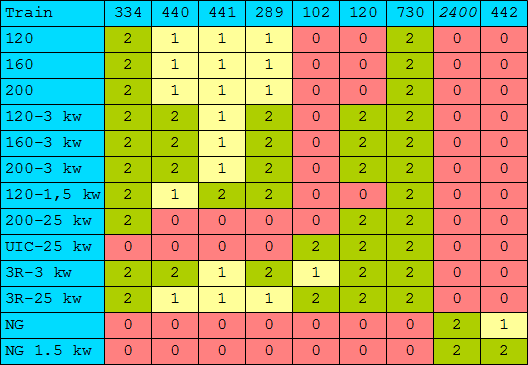 maquinista wrote:PS: In this time I have been trying to write a small game, It's not easy, but I'm getting a bit of progress. I hope that some day it could work.

What kind of roads is that? It looks like Locomotion roads in OpenTTD, or it could be OpenGFX in Locomotion

maquinista wrote:PS: In this time I have been trying to write a small game, It's not easy, but I'm getting a bit of progress. I hope that some day it could work.

What kind of roads is that? Are you bringing Locomotion roads to OpenTTD, or OpenGFX to Locomotion?

I'm writing it from scratch. The roads are based on OpenTTD roads with S bends, big curves and 1:2 slopes. The sprites was done by me some years ago (transport empire).
The terrain uses sprites like locomotion, but they have some differences. The sprites are taken from OpenGFX, but I will draw my own sprites.

The game is flat, instead of the 3D world of locomotion. I have tried to write a game with a 3D world, but... It was too difficult for me.

My idea it to create a game with some city simulation and some transport simulation. It's a lot of work, but maybe I can finish it some day.
It needs lots of things: My idea is that when You set a new train route, It doesn't give you money, it cost money. If the train has lots of users, its cost will be smaller. The money comes from taxes.
City zones should be connected with transportation systems. Otherwise, buildings will refuse to grow. Maybe they can generate a small car or truck if they can't find a public transportation route.

Maybe I could try to add some social values (health, crime, pollution...), but this game will take some years with a small simulation engine.

At this time, I must plan how I will create the simulation engine. I don't know what to do. Maybe I could add "roads outside the terrain", to connect the may city with "others". Maybe I can have a capital city at the center of the terrain and some small villages/towns/cities around it, connected with roads and railways.
Sorry if my english is too poor, I want learn it, but it isn't too easy.[/list][/size]
Top

you will want to use the 1st letter (gauge), 2nd letter (speed limit) and 4th letter (energy source type) to differentiate your tracks. you don't want to model axle load, so you can ignore the 3rd letter (use always set "A", define the others as "alternate labels")

Thanks, It's very useful!

I think that there are tree scenarios:

A) a player which doesn't care about gauge and only wants to add different trains mixed. In that case the proposed fallbacks could be useful.

B) a player which wants to play with trains of different countries, but trying to keep a bit of realism (a Europe Scenario). In this case It should be provided a GRF file with two broad gauge railtypes (electried and not electrified). Maybe a 3rd rail railtype could be interesting.

C) a player which wants to play with the Spain set alone. In this case, the default labels (RAIL and ELRL) could be used for 200 km/h railtypes. It should be provided a GRF which modifies the sprites of the default railways and adds the other labels.

How is the proyect?
Top

cod_fuente_spainset.rar
How i can install this Spain Set some one can explain me.
Top

Extract the contents of the .rar archive into your OpenTTD "newgrf" folder.
Do you like drones, quadcopters & flying toys? Check out Drone Strike Force!

I have stracted (it has to be in another folder?) in newgrf.

I have the old one (v 1.24) in the menu to install it but i have installed the v1.28
But in the menu of openttd it does not apareace these one.

My apologies, I assumed that you were installing the compiled "taster" NewGRF.

To use the files you have downloaded, you will need to finish editing the NFO file, and then compile a NewGRF using GRFCODEC. Based on the post by Maquinista where you found this file, it doesn't appear that this version is actually ready to be used in games. Unless you actually want to learn how to edit sprites and code and contribute to the development of the project, these files will probably not be of use to you. You should continue to use the compiled version 1.24 NewGRF.
Do you like drones, quadcopters & flying toys? Check out Drone Strike Force!

Could you help me ... Where can i download the compiled file?

Thanks for all
Top

naningil wrote:Hello friends, i couldnt download the compiled version of renfe set trains for windows 32 and 64... i could download the cod_fuente_spainset file...

Could you help me ... Where can i download the compiled file?

http://www.as-st.com/ttd/renfe/
Do you like drones, quadcopters & flying toys? Check out Drone Strike Force!