Discuss a Transport Tycoon-like game being programmed by forum users.

Re: OgreRails = A railroad implementation demo

>> dogcat1984: It continues indeed, but I'm afraid you'll have to wait a lot for the completed version

However, there's allways something new happening. This time, I'm programming the "Right click on a rail to modify it" functionality of LOMO. 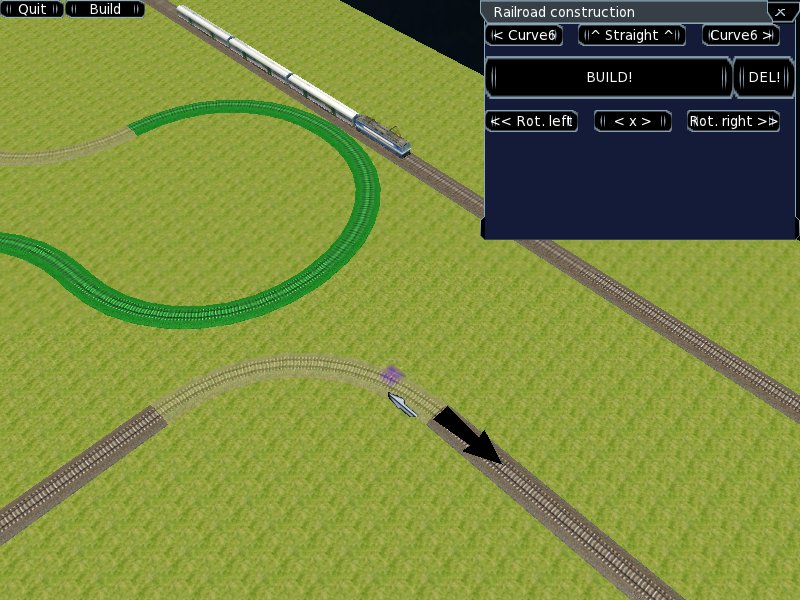 Re: OgreRails = A railroad implementation demo

Stickied for great win
All art and vehicle stats I authored for TT and derivatives are as of now PUBLIC DOMAIN! Use as you see fit
Just say NO to the TT fan-art sprite licensing madness. Public domain your art as well.
Top

I like this. A hell of a lot. I wonder though if you should split the project more clearly between engine and game, but that's just me. I'll definitely be looking into this a little later tonight, primarily because I'm interested as to how you implemented the movement system, but whatever. Forked!

EDIT:
Okay, well. It has potential, I'm sure. It's got good looking, readableish code, and I like the overall architecture of it, but...

The build environment sucks, I'm sorry to say. Sometimes ogre files are included from an external directory, other times they're included locally, which makes me worry about what sort of environment you're developing this in, frankly. The CodeBlocks project file in general needs starting again. I'm tempted to move it onto the MSVC compiler & then go through to clean up the code, so I guess that's what I'll do.
Top
Post Reply
23 posts