Discuss a Transport Tycoon-like game being programmed by forum users.

Just popping by to say I'm still following this project. It's nice to see an update again.
Top

Also, some screenshots of the progress would be great!

I'm curious about the roads, for example.
Sorry if my english is too poor, I want learn it, but it isn't too easy.[/list][/size]
Top

Screenshots of sounds are sort of difficult to make

I have basic foundations (what is below buildings :>) ready. 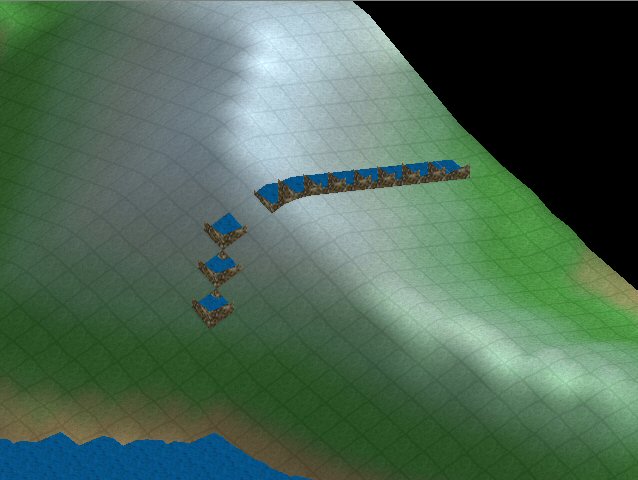 uzurpator wrote:I have basic foundations (what is below buildings :>) ready.

Thanks!
It looks interesting. 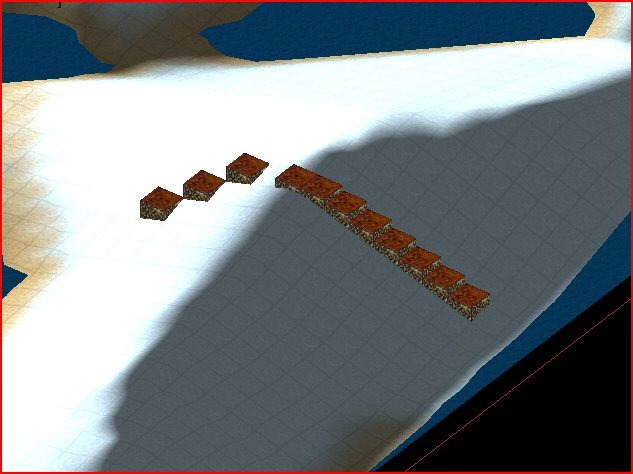 Cool! that's beginning to look like a real game!
I am little, ugly, and nasty. How do you do?
Top

Current work is about making the game work in OpenGL, which proved to be quite a challenge.
All art and vehicle stats I authored for TT and derivatives are as of now PUBLIC DOMAIN! Use as you see fit
Just say NO to the TT fan-art sprite licensing madness. Public domain your art as well.
Top

for a long time I've thought about a new Transport Tycoon project. I thought: why not do it 3D and add some ohter fancy features like huge production chains. So I thought about to start a project like that on my own. But I've never started. At last weekend I was surfing around to see if anybody had the same idea and well... I found this project. I read through the DD and think there is a lot of stuff which is the same that i thought about. So I think it would be really cool to join the project as a programmer, since I have no clue about graphic design and modelling.

I have programmed java, c, c++ for several years and have a Master Degree in Computational Visualistics. In my master thesis I've done something with Nvidia PhysX in virtual crime scenes. I really think it would be cool to use a physic engine like the PhysX in a transportation game. So maybe I can help in that direction.

I've allready tried to compile the source but I don't know if I've used the right repository. It also seems, that I have the wrong boost version. So If there is any chance to help in that great project, it would be nice if someone can tell me what exactly i need to get that source compile.

Please let me know if I can be part of the development team.

p.s. Please excuse me for my poor english, since I'm not a natural speaker. Maybe the project will help to improve my writing.
Top

Is there a GUI already?

I may take a look at that.
Top

The most current version of the source is in the svn somewhere in the forums. You need boost 1.36+, ogre 1.6.1, ois 1.0 and afair FMOD whichever is the freshest.

You may run into problems with compilation because the current source is a hairy mess (yes, again). And I am currently refactoring it. Revision 155 or thereabouts should compile and run fine on win32 tho.

If you have any questions - just ask

(pm, email or on the forums).
As for physiX - this is of course a welcome addition. Could you prepare a short description how to use such engine, what are its principles etc? So we can mesh it with the current entity/game object approach.
All art and vehicle stats I authored for TT and derivatives are as of now PUBLIC DOMAIN! Use as you see fit
Just say NO to the TT fan-art sprite licensing madness. Public domain your art as well.
Top

You should find everything you need at http://www.transportempire.com.
If there is something that you can't find there, contact me and I'll add it.


Jeremia wrote:Please let me know if I can be part of the development team.

There's a test. You must read and understand the current code. If you can do that, you're in

Really, any help in coding will be appreciated. Just pick a subject you'd like to work on, tell us what it is and how you'd like to do it and start.
There's a design document on the webpage, but it's not binding, just informational - if you'd like to do things a different way, no problem.


FHS wrote:Is there a GUI already?

Nope. I'm going to work on it, but not until 3rd june, when my exams are over.
But maybe someone else will pick the task

An00biS wrote: , when my exams are over.

Perfect way to slow any hobby down, o well, cant make projects without knowledge i suppose, a bit of a paradox.
Formerly known as Sapphire United.

Well sometimes they can give a huge boost to projects other than you studies.
Top

Just a friendly reminder -- one of the core problems we were hoping to solve in this game is full 3d construction of roads/bridges/tunnels, so that crisscrossing tunnels and bridges on different levels are handled correctly. None of the existing games except the Rollercoaster Tycoon series and Locomotion (which have 2d cell-based rendering for everything) gets this right.

If you're actually to the point of working on roads and buildings (and I'm very impressed by that), I suggest creating at least one cantilevered building which sticks out on top of a smaller building. If you can do this and have all the code for "occupied space" work properly (so it can't stick *into* another building), you're 99% of the way to true tunnels and bridges.

This is a fundamentally tricky point and it's *very very* hard to retrofit if you don't get it right up front. So you don't want to go too far into development without getting it working.
Top

This project looks pretty dead to me..

Hmm judging by the dates in this forum seems that either this project is dead or postponed.
I've been working with Ogre3d, Ageia (now NVidia) PhysX, FMOD, CEGUI (much better with some OIS blend), creating some simple models in 3dsmax and exporting as meshes, basic texturing, for more than 3 years.

I'd like to participate in this project but if theres only 1 or 2 people working on it 1-2 days a week (doubt it) i'd rather not. It's a big project and requires a lot of work.

PS. The forums could use some cleaning perhaps? the coding section at least is too messy to bother reading through it seriously. I've seen some posts made in 2007 and it's 2009, 2 years is a lot, and just some landscape and a few trees is a bit less for that period.

I'm also considering to start a new project and work on my own until i get a solid base for this game but after that i need a lot more to help. I also have ideas about sorting out 3D construction of railroads and roadways.

So, any1 here still being part of this or it's a ghost town around here?