Wayne Rooney impressed me in that game

I was happy with everyone's performance, though I'm surprised that John Ruddy got a 9.0, he had nothing to do for most the match, I'm sure he spent most of it sitting down with a cup of tea in his hand

I posted three of these in another thread, but here's all the screenshots I've taken for GTAV. That first person mode is like a screenshot magnet!

Yet to go out into the country properly, but I'm sure to do so soon!

Why am I not surprised that a primary object of your photography seems to be ... trains?

(that being said I absolutely love those intra-city cargo trains around the docks etc. Not that I expect anyone else to pay attention to something like that xD )
Top

On very rare occasion When England, France and Spain are busy fighting each other instead of looking into colonialism,
this can happen:

(yes, all green is myself, Portugal, bring trade network of the WHOLE World into Sevilla, even managed to create a land connection between Lisboa capital and Africa/Asia)

Start:
- Spain going to war with France before taking over Granada allowing Portugal declaring war on Granda and taking it all before Spain had any chance to do it
- Taking over Sevilla trade node regions from Morocco (with Spain's help) to increase trade power in Sevilla
- Portugal allying France to get protection from Spain aggressiveness (they hated me for taking Granada)
- Portugal took quick assimilation action of Galicia after Spain released it as result of their wars with other nations

Colonisation:
- focusing on very fast colonisation ideas
- taking over most then all of West and South Africa lands, creating lots of trade
- following on taking over all coastline of South America preventing other nations from colonising there
- exploring America inland with Portugal but using some of colonial nations to expand inland and wage wars in new world
- reaching India had an event that gave me for free Goa province with a core, quickly shipping my army to India and starting early conquer of the land
- all possible money spent trade ship and sending them to protect trade on all nodes I could, increasing Portugal power on each trade node from 50% to 90% (at the time around 60% of trade power in Sevilla for Portugal)
- continued colonisation with Philippines and Americas

Breaking Point:
- colonisation expansion from S.America towards N.America, meeting with other European Nations colonies
- war on Spain/Spain Colony, shipped out Portugal army leaving European land defenceless
- ally, France, coming to help, besieging all Spain, Portugal colonies taking over Spanish colonies (Portugal involved in India)
- Peace with Spain ends up them loosing all colonial power, a trade estuary in Spain (for Portugal)
- Waging war with weak nations in Philippines and South Asia regions taking more power there
- Waging war with East Africa to increase trade power towards Europe from Asia
- Having huge fleet of around 1000 ships at this time allows total navy domination for Portugal
- Preparing ships around France, declaring war on them, blockading all their ports and killing their main navy. Spain hates France from previous wars disallowing access to Portugal regions (an enemy of me and enemy of my enemy ends up protecting Portugal). Taking over all French colonies

Becoming Superpower:
- Repeating process with England, blockading whole country so they (or their allies) cannot reach Portugal while ceasing all English colonies in the New World
- Americas becoming all of Portugal land
- European nations never colonising Africa/Asia (apart of a small region near Japan/China by Spain later on but it was taken care of)

Was also playing a bit of Starbound resulting in this spaceship

Eugh. That shade of green now sickens me.
Something goes here, hell if I know.
Top

SHADOW-XIII wrote:On very rare occasion When England, France and Spain are busy fighting each other instead of looking into colonialism,
this can happen

Wow. That is absurd. No cheats? I have on occassion managed to conquer almost all of Africa but never have I managed to usurp Asia like that. Not to mention you also took all of America. Wow.

Well. The Papal States wanted to become the Roman Empire again. Step 1? Mediterranean Sea should be more of a lake within the nation.

And a double post to provide you with a completely different game.

I've had a first go at making paint schemes for Forza 6. This is a car with sponsorship by a Formula 1 Fantasy League I'm a member of, MinardiF1: 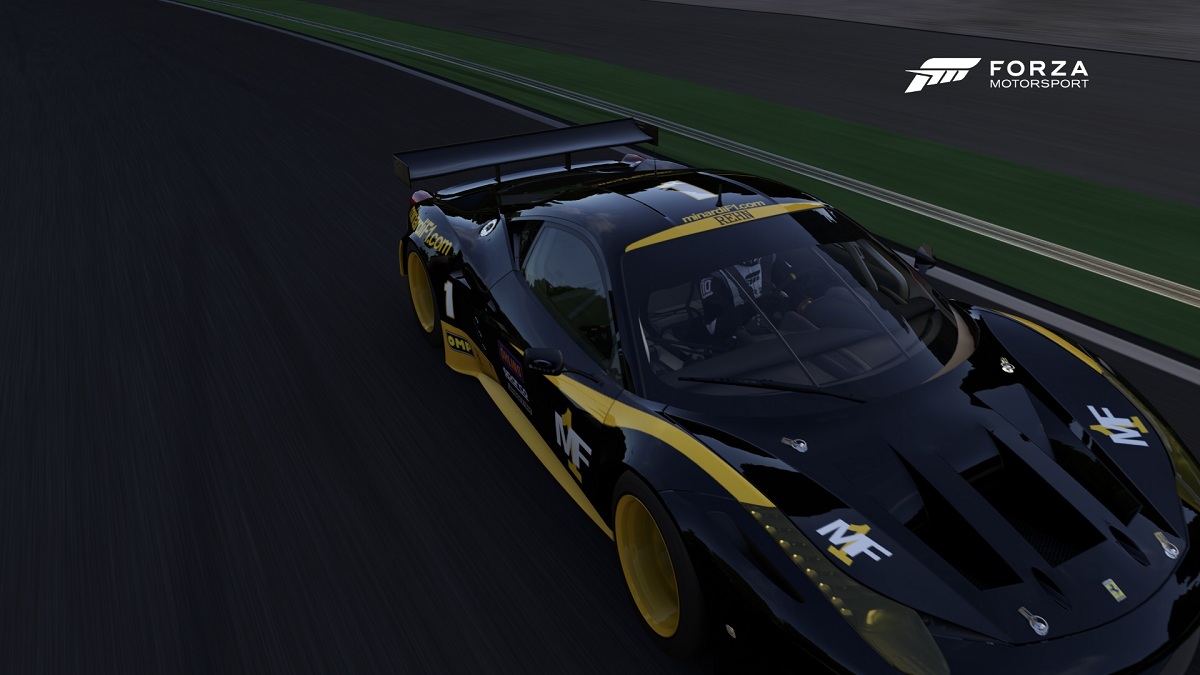 Very much a retired regular poster..... If you can say that

Now a moderator for a full time streamer. PM me for details.
Life is like cheese, you mature with age but don't necessarily get any sweeter

PPF3.png
United Federation sounds oddly familiar and so does their symbol!
ITS AN EASTER EGG
(90.21 KiB) Not downloaded yet

So I got my own truck. A Peterbilt. Here I am seen hauling this small day cab design (no sleeping area, just a small truck cabin). The sun is setting on Nevada:

Ok, so that truck was small. I UPGRADED. Look at this pretty thing:

The Name is Vader

Me
My Screenshots
Top

How did you create a 6-platform station?
I've played the game a bit and found it quite fun! Interesting way of building and running things, but sadly quite a few bugs and things that could be improved too.
Seems though that Transport Fever is going to address those